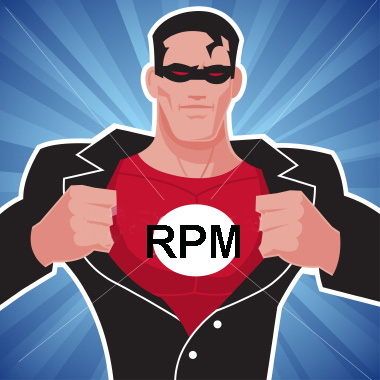 This post is a summary of a session from the MMI 2011 Fall Solutions Conference that was held in NYC. It is part 2 of a 2 part series. Click here to read Part 1.

I felt that this was one of the most useful sessions at MMI because the panelists all shared lots of information about their firm’s advisory business, including statistics (my favorite) and details about the inner workings of their programs. Also, the moderator did an excellent job moving things along and asked insightful follow-up questions, which gave the panelists a chance to elaborate on some key concepts and helped make the session more interesting.

How do Rep as PM and Rep as Advisor programs work together?

Peter agreed that the two platforms are complimentary and the decision as to which to choose is mainly a client preference issue. It depends on whether or not they want to be involved in the decision making process, he said.

Also, Rep as Advisor is sometimes considered to be a “farm league” for RPM clients, Peter joked. Once a client has worked with an advisor in a non-discretionary program, has developed trust and understands how the advisor thinks about investments, portfolio construction and managing risk, that client is more likely to feel comfortable moving into a Rep as PM program, he asserted.

Marc added that the conventional wisdom says that RPM assets are the stickiest and least litigious. Additionally, they have higher levels of client satisfaction.

Are RPM programs better at holding on to investor assets?

However, after the 2008 market correction, George informed us, they experienced a huge uptick in cancellations. So, they decided to allow advisors to move up to 50% of their client portfolios into cash. Only about 20% of advisors did this. However, even taking that into consideration, that didn’t translate into an increase in manager turnover. Advisors simply switched to more conservative models instead of firing the underlying managers.

There is some concern about RPM programs due to the greater velocity of mutual fund and ETF assets. Has your firm experienced this? If so, what processes have you put in place to safeguard against the over-velocity of assets in a client’s account?

Jay confirmed that they have heard a lot about this issue from their partners. “It’s partly in the nature of the beast,” he reasoned. While they did complain, they also benefited from the additional opportunity for advisors to be able to choose mutual funds in RPM.

Some of the added velocity Jay attributed to the ease of use of the RPM tools, which enable an advisor to act quicker than in a non-discretionary account. There are also more mutual funds available that align with the desire of advisors for tactical exposure. Merrill advisors are using them for this purpose, he said, and this goes along with changes in investor demand and the forces of competitive differentiation.

Peter wanted to challenge asset managers to think differently when talking to advisors about portfolio construction. They should consider flipping around the core satellite concept by using actively managed products at the core and beta products as the satellites. He proposed that this may be a way to dampen the velocity of mutual fund assets.

What kind of credentials do advisors need to get into your RPM program?

In order to get discretion at Raymond James, an advisor has to go through a program and pass an exam, George explained. They also have to have certain credentials, and must have reached a specified level of production.

Merrill divides their RPM program into different segments, Jay said. The first is entry level, which only requires one year of service, but must use only proprietary model portfolios. The other levels were formerly based on a combination of length of service (LOS) and AUM, but they have since moved away from that. Merrill now requires that advisors obtain a Certified Portfolio Manager (CPM) educational designation (put out by Columbia and Academy of Certified Portfolio Managers) which is specific to RPM, Jay said.

Peter pointed out that UBS has been moving away from standard criteria such as trailing 12-month AUM and looking at more introspective parameters. For example, branch manager recommendations are considered as well as the rep’s compliance record. Education is also important. Advisors must go through an internal training program, although exemptions are made for CFA charter holders as well advisors with the new CPM designation, he said.

What compliance controls do you have around investment suitability? Are they pre- or post-trade?

UBS built a rigorous suitability program to ensure that clients are only able to select strategies that are appropriate for them, Peter emphasized. Their manager research department rates the risk of all the strategies available on the platform. For example, a client who is requires current income and can’t afford any fluctuation in principal won’t be able to invest in the advisor’s small cap strategy. He confirmed that all of their compliance controls are T+1.

Do you see any trends related to fees and discounts?

The responses to this question pitted George and Peter on one side and Jay on the other. George reported that while their RPM program has experience some fee erosion, clients are still willing to pay 15% higher fees for discretionary programs versus non-discretionary, he said.

Peter agreed that discretionary RPM is better equipped to capture higher fees than RAA. In fact, he said that the RPM has one of the highest returns on assets of any UBS advisory program.

However, Jay related an example that supported the opposite theory. He described an advisory team at Merrill that has both RPM and RAA relationships. But they charge more for the non-discretionary RAA program because it isn’t as well aligned with their business model and takes more time to service the clients.

Does RPM satisfy a discretionary need of advisors that didn’t exist previously? Are there any similarities to the RIA market?

Some of the higher performing teams at Merrill have begun to restructure themselves around RPM as the nucleus of their advice-delivery service model, according to Jay. The way they divided up their functions across team members is similar to how an RIA works, he said.

Does the expansion of RPM reduce the desire of advisors to leave and become breakaways?

The entire panel agreed that having control over portfolio management decisions is not the main factor in an advisor’s decisions to go independent. For example, Raymond James provides a smorgasbord of different distribution systems, George explained. Advisors can choose to be employee-based, independent contractors, or can go RIA-only and setup their own broker-dealer. Advisors don’t usually change their business model just because they want to be the portfolio manager, he argued. There are usually other considerations.

The Raymond James strategy of providing maximum flexibility to advisors in order to retain their book of business mirrors a trend that was predicted in a 2010 study by the Aite Group (“Wealth management on the move: An end to the breakaway trend?”).  The author, Alois Pirker, senior research director for Aite Group said:

“I think the wirehouses are contemplating offering some level of independence and working with the top producers to give that independence,” Pirker adds. “They say: are we getting away [with less expense] if we do it that way. If we get [the] clearing and custody [business of the advisors], that’s a nice chunk [of revenue] and we don’t need to pay the crazy retention bonuses.”

While there are additional costs to supporting multiple distribution systems for advisors, it would seem to be more than offset by the clearing and custody revenue they bring to the firm.  This also translates into higher retention levels at mini-wirehouses like Raymond James where advisors aren’t locked in, but doesn’t appear to hold for traditional wirehouses like UBS and Bank of America Merrill Lynch.

However, wirehouses that don’t have the distribution system flexibility may soon be in for trouble.  An update to the Aite Group report released in June 2011 says:

Leading wealth management firms retained many of their top-producing advisors by offering retention packages, but the breakaway trend may once again pick up momentum as the value of these packages wanes.

While Raymond James has always supported all alternatives in their RPM program, George recommended that firms avoid offering products for RPM unless they would be continuously available.  Advisors don’t want to start a model with a product that closes out in three months, like a UIT or structured note, he said.

Do you permit RPM advisors to have their own track record?  Can they market their strategies?

Raymond James allows RPM advisors to own their own track record, but requires that all of their accounts have to look the same.

Merrill Lynch supports a variation of this option, but only for a small population of advisors, Jay reported.  There are currently only 12 who have well-articulated strategies, all of them are vetted by an independent third party and Merrill own the track records.