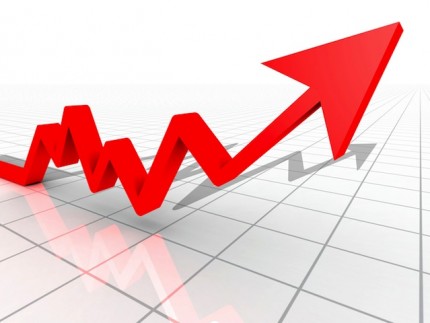 This post is a summary of a panel from the MMI Tech & Ops Conference.

13F/13G Reporting – under what conditions do you do the reporting versus requiring the model provider to do it?

As an overlay manager, Natixis is both a model receiver and model provider, Huddleston explained.  They approach the reporting requirement by asking “who’s got discretion” for trading the models.  In most cases, the model receiver has discretion, so they are responsible for 13F/13G reporting.  Another reason is because it would be difficult for a model provider to have insight into how the model is being applied, he said.

Mayer countered that it depends on the manager’s relationship with the program.  The manager may have discretion based on prior agreements. In EnvestNet’s program, model managers assign discretion to the ﬁrm. In a UMA world, there can be dual-discretion between the overlay manager and SMA sleeve manager, since both may have some trading authority, he explained.

What improvements are you making in model operations?

13F/13G reporting is simpler, since it only requires providing the managers with a snapshot of their holdings, plus high/low cost, Cruz said. In the case of international or small cap managers, they need more data, if they don’t have 100% ownership across their account base.  MSSB provides tools to allow them to slice and dice their model data, he noted.

Redi2 sits between many different platforms and acts as a consolidator, Rose pointed out. Most ﬁrms have different standards and methods of communication and Redi2 tries to overcome this lack of standardization.

There’s been a lot of focus around how models are delivered, Huddleston observed, including the information that’s coming back from the model receiver. Natixis tries to give a better view to the model providers as the frequency of updates has moved to daily, he said.

EnvestNet has been feeling a lot of pressure from managers to improve communication, so they built a Manager Console where managers have visibility into things like13F/13G reporting, Mayer commented.  Managers want to be more integrated into the order ﬂow and execution process.

A recent survey of money managers by Dover Research showed that they were concerned about model communications:

Every investment manager that Dover spoke to is concerned that sponsors won’t be able to implement their trade instructions accurately. This is complicated by the numerous proprietary communication infrastructures developed by sponsors with many variations existing on multiple dimensions such as different delivery mechanisms (email, fax, web portals) and different messaging formats.

How do you support the model providers from a sales and marketing perspective?

Model providers receive a running tally of their assets at Morgan Stanley, so they can measure their success by division and region, Cruz mentioned. They sometimes provide data at the advisor and branch levels, he added.

The Manager Console at Envestnet has a sales dashboard, so as advisors generate proposals, managers can see the data in real-time, Mayer emphasized. The industry switch to Models-Only UMA has created a lot of velocity in switching between managers which has generated a tremendous amount of administrative work. However, managers that take advantage of the dashboard have higher asset retention rates and there is less switching between managers, he noted.

Envestnet provides some details on how the Manager Console is used in different programs in their Form 8K:

When clients prefer that Envestnet performs all trading, we provide access to the Manager Console. The Manager Console will have an independent URL with separate login and password. There is a cost* for one time setup of models. Envestnet Portfolio Administration does the trading. This program is sometimes referred to as Proprietary Home Office Models (PHOM).

The bundled Program allows a home office or sponsor to create and manage a proprietary model consisting of mutual funds and ETFs via the Manager Console. The bundled program includes full proposal generator, billing, and performance reporting. In this program, Envestnet trades the models.

Manager CFO’s are concerned about data on sales ﬂows and being able to break them down into sales compensation schemas, Rose claimed. One challenge in models-only programs, is that managers have too much client data where they can’t just pass off discretion to other parties.  Managers that are distributing on multiple sponsor platforms have operational issues since they all function differently, he commented.

This sentiment is echoed in a white paper titled, Unified Managed Accounts and Model Portfolios: Poised for Growth, But Can the Industry Support it? (also by Dover):

Back-end communications (model communications, sales reporting, and billing) infrastructure is emerging. Much inconsistency exists, placing the industry at risk for errors. The good news is that being in the early phases of infrastructure development provides an opportune time to “get it right” with fewer legacy issues.

54% of investment managers surveyed reported that they are supporting five or more sponsor platforms!

Are you seeing any variability in pricing models?

There’s downward pricing pressure on model-based products, Mayer argued.  Managers are using the data to assess how models are priced in the sponsor systems.  EnvestNet believes they have a pretty good feel for competitive pricing, he said.

Redi2 is seeing a huge demand for assessments of distribution strategies and pricing points in solutions, Rose announced, because managers want to become more efﬁcient and need the data to improve their processes.

Pathak noted that some model programs are easier to work with and get data from. Managers are constantly evaluating the programs they participate in and whether it makes sense to stay in.

Other Articles from the MMI Tech & Ops Conference

If you enjoyed reading this, here are some of my other articles from the MMI Tech & Ops Conference: