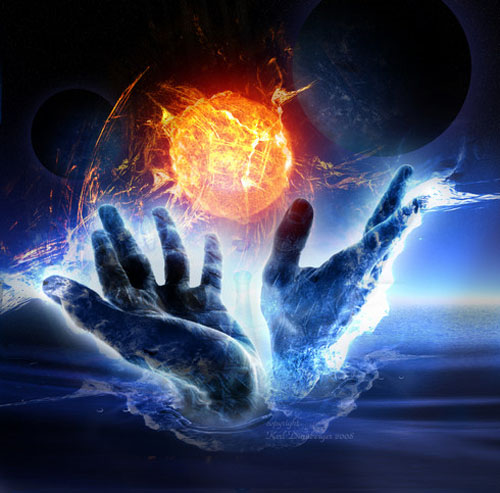 This is a summary of a panel session from the Fiserv Spring 2012 Client Conference and is part 1 of a two part series.

How is your company dealing with the changes happening in the industry?

The panel started off with Higgins reciting a line from Echoes of the Jazz Age by F. Scott Fitzgerald, which was written in 1931 about the Great Depression:

It ended two years ago, because the utter confidence which was its essential prop received an enormous jolt, and it didn’t take long for the flimsy structure to settle earthward.

He related how he thought this quote could have easily been written in 2010 about the Financial Meltdown.  People think that the change they’re experiencing in their lives is unique, but the concept of change has been with us since the beginning of human civilization.

A company is defined by the decisions made by its leaders, Higgins continued.  Unfortunately, the financial industry in the United Kingdom tends to punish customers for their loyalty, rather than rewarding them, he said.  This statement is validated in a 2011 study of the UK banking system by Bain & Co:

Retail banks have long been more preoccupied, appropriately, with countering threats of fraud and satisfying regulators than focusing on the damage that their me-too products, hidden fees and indifferent service have done to undermine consumer trust. They now face unprecedented customer unrest at a time when regulatory scrutiny is ramping up under the aegis of the newly created Financial Conduct Authority (FCA).

Hopkins said that at Citi, they’re trying to help people see change from a different vantage point.  We’re witnessing changes that have forever altered the dialogue with our clients.  There is a demand from consumers for experiences that make them feel empowered and this is a critical component in the success of an organization.  Unfortunately, the industry has done a very poor job of delivering these experiences.  In the US, the customer experience in retail banking is a lot like the Department of Motor Vehicles, which is synonymous with poor service.  We need to walk in our customer’s shoes, she emphasized.

As part of this effort to better understand their customers, Citi had the opportunity to re-invent their entire Japanese consumer business, Hopkins explained.  They started with two strict design principles: 1) There should be no tellers and no paper.  2) No actions should take more than three steps.  Using these guidelines they reduced the number of internal processes from 156 down to only 12.  It was not only a tremendous benefit from a cost perspective, but it improved the overall level of customer satisfaction.  Customers said, “This really great.  You get me.”

This is quite a turnaround for Citi in Japan considering the troubles they have had there over the past decade.  Japanese financial regulators have  sanctioned Citi three times for numerous improper activities starting in 2004.  In 2009, Citi was forced to sell their Japanese brokerage in order to raise cash due to losses suffered on mortgage backed securities in the financial crisis.

How are trends in mobile technology affecting the market today?

The goal of Nielsen is to measure what consumers buy, Carson told us. A technology revolution is occurring across consumer’s behavior and their media habits.  This digital transformation is causing massive disruption in consumer’s purchasing and media habits.  It is being driven by massive adoption of mobile technologies around the world, he noted.

Just this month, the US will reach the point where a majority of consumers with mobile devices will be using smartphones, Carson reported.  A smartphone is like a super-charged financial services payment tool in your pocket.  The capabilities that smartphones provide to consumers are tremendous, he said.

Compare popmoney, from Fiserv, to other opportunities to delight people through technology.  Popmoney facilitates the transfer of billions of dollars from the diaspora of global immigrants back to their home countries.

There is an opportunity to succeed, if you embrace the change, Carson observed.  This transformation puts power back into the hands of customers and companies will need strategic insight to take advantage of this opportunity, he said.

How has your company handled these changes?

Tesco launched a joint venture with Royal Bank of Scotland in 1997 to create Tesco Personal Finance, Higgins explained.  Since it was a new entity, they had no choice but to build everything from scratch.  The UK is a highly regulated financial services market.  So much so, that there is a joke in the industry that opportunities in the UK are being “regulated away,” he observed dryly.

Some of the things that are being forced on the big players in the UK, he wishes wasn’t forced on them since they should have done them anyway due to dramatic shifts in the market.  One example of these shifts is that within two years, Higgins believes, more customers will access the Internet from mobile devices than from desktops.

Change makes people uncomfortable, Hopkins observed.  But organizations need to understand the rapid pace of change in order to handle it effectively.  Companies should start by involving their employees in the change process and harnessing their collective knowledge to drive innovation, she recommended.

Citi did this by creating an online platform to help generate new ideas using software from a startup called Spigit, Hopkins explained.  Spigit provides a product called SpigitEngage which, according to their website, “activates your crowd by integrating emergent social collaboration with traditional workflow and analytics, enabling purposeful social innovation that drives results for your business.”

According to Hopkins, one challenge that Citi had to overcome was a sort of institutionalized paralysis among their employees when it came to offering new ideas.  They were intimidated by the concept and needed to be reassured that they didn’t need to be Steve Jobs in order to participate in the innovation process.  The internal website facilitated collaboration and social conversations across the entire company with the goal of understanding, “What’s the future of banking?”

Click here to read Part 2 of this panel summary.