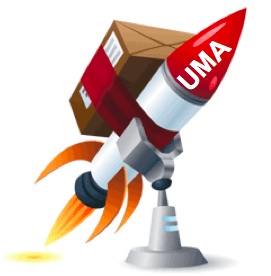 This is a summary of a session from the FRA’s 11th Annual Managed Account and UMA Summit that was held in September 2013 in NYC.

Schmitt explained that it would be easier for firms to launch a UMA if their investment management was centralized, since the advisors would already be used to outsourcing these decisions.  Advisors are creatures of habit and prefer to sell products with which they are already comfortable, she said.

Brown Brothers made that decision a few years ago and it was a struggle, McDevitt reported.  One important factor was communicating to their advisors that it was better for their clients to have a dedicated asset allocation team that could provide proprietary investment products along with third party mutual funds, he said.

According to Gibbons, PNC rolled out their UMA solution in late 2010 and they are now closing in on $4 billion in AUM.  While much of their growth was mandate-driven (the stick), it was easier because they already had a centralized investment management and asset allocation infrastructure in place.

Some of the hurdles that PNC had to overcome included the attitude of their advisors, Gibbons noted.  Many felt that a UMA program would infringe on their intellectual capital and be a threat to their jobs since they would no longer responsible for security selection, rebalancing and portfolio monitoring.

While changing advisors’ perceptions of the UMA program wasn’t easy, getting their buy-in was critical to its success.  Constant communication about the benefits of outsourcing was also effective in convincing advisors that the new program would help them to achieve the aggressive growth goals PNC had set for the next 3-5 years, Gibbons stated.

2. Improve handling of taxable vs non-taxable accounts when transitioning from SMA to UMA.

Over-customization can result in too many models and can be a struggle to maintain, McDevitt observed.   His firm is driving toward reducing their model list down to only a handful.

PNC’s UMA program is a models-based solution, so in order to accommodate both taxable and non-taxable accounts they doubled the number of models, Gibbons explained.  They created non-affiliated models for IRA accounts to avoid the required client signatures if the models included PNC-affiliated products, he added.

3. Give advisors time to adjust to the new program.

According to Schmitt, growth is often seen in UMA strategies once advisors become comfortable with the program and understand the value.  They will then invest a larger percentage of their fee-based assets into UMA’s.  Firms with a younger advisor base will see increased adoption versus the industry average, she said.

Across the industry, UMA allocation has been running flat at around 4-5% of assets, Schmitt confirmed.  Overall advisor adoption of UMA’s is around 20-25%.  While it has plateaued at the aggregate level, at the individual advisor level the share is increasing, she stressed.

A recent survey from Cerulli reported that assets in UMA programs grew from $50 billion in 2009 to over $200 billion by end of 2012, Gibbons mentioned.  The percentage of managed assets in UMA’s reached 7.7% in 2012, according to the survey.  Gibbons cited the recent shift by SunTrust of $18 billion in trust account assets into their UMA program as contributing to the increase in UMA participation.

PNC currently offers 71 models in their UMA program, which allows them to meet a wide variety of advisor needs, Gibbons noted.  Also, their offering include models that allow advisors to replace one or more securities with their own selection as well as those that support advisor-managed sleeves, he revealed.

Providing this kind of model flexibility will avoid the need for too many new models in the future. This is because if advisors are given limited control, they can demonstrate to clients that they are adding value in the investment process and won’t require customized models to do so.

5. Include support for Unified Managed Households (UMH) in your long-term technology planning. 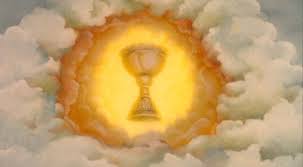 UMH is the Holy Grail of the UMA world, Gibbons proposed, but he doesn’t believe that any vendor is able to fully deliver yet.  He believes that UMH will come in three phases:  Phase 1) We are currently in this phase, which provides consolidated reporting that includes held-away assets;  Phase 2) Limited central management where the overlay manager can trade on assets they control but only provide recommendations on the others; and Phase 3) True central management with a single overlay manager able to control all assets, no matter where they are held.  (Related article: Unified Managed Households: The Holy Grail of Wealth Management?)

JG – disagree with Chris, they’re starting to think about how to go from UMA to UMH?  But they always keep their focus on their client’s goal-driven objectives.  Implementing new technology to improve things like asset location or tax efficiency will always be a lower priority, he said.

6. Don’t focus too heavily on cost as a factor when selecting a TAMP or UMA component vendors.

When cost becomes the primary concern when selecting vendors, you risk falling into the adverse selection trap.  This was pointed out by Michael Jones, Chairman of Riverfront Investment Group, who was in the audience for this panel.  Adverse selection means that by restricting your choices to only the lowest priced vendors, you will be excluding vendors that provide higher quality products and services.  Since higher end vendors are usually more financially stable, they don’t always have the lowest pricing model.  This forces you into choosing from the second and third tier vendors, because they are the ones most willing to compromise on price, which isn’t in the best interest of the firm or their clients, he emphasized.

While cost shouldn’t be the only factor, the sluggish economy is forcing investment firms to be more careful with their IT dollars.

For example, the cost constraints at PNC are pressuring technology budgets across the firm, Gibbons reported.  It is very important for their vendors to be willing to provide a fixed annual license fee rather than one that is based on the number of accounts or AUM, he stressed.

McDevitt related an anecdote about mistakes he had made in the past by relying too heavily on cost as a factor in vendor selection.  He brought in systems that they wound up outgrowing two or three years later or that didn’t have the necessary support resources.  Now they try and create stronger partnerships with their vendors and work to integrate them into their cost structure, he related.

PNC is currently reviewing all of their service providers and breaking down their product solutions into individual components, Gibbons explained, in order to find the best providers for each.  In their opinion, no TAMP has an end-to-end platform that provides the best of all managed account services.  Therefore, all future providers must unbundle their solutions to avoid the bank having to pay for services they are not using, he described.

Unfortunately, many smaller firms don’t have the budget to implement unbundled solutions, since the total price for individual products often cost more than the bundled offering, Schmitt mentioned.  These firms trade best of breed functionality for tighter integration of services, she noted.

PrevFinancial Planning in 10 Minutes or Less with goalgamiPro
The Future of Advice Delivery: What Will Solutions Look Like?Next