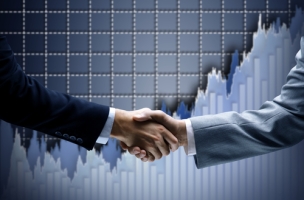 Last week, I was contacted by my new favorite reporter at FundFire, Danielle Verbrigghe (sorry Tom Stabile) who was writing an article about the purchase of Placemark Investments by Envestnet.  She wanted my view on the benefits of the acquisition to Envestnet as well as for the managers currently on Placemark’s platform.

Envestnet was already the largest turnkey asset management platform (TAMP) vendor based on assets under advisory with $572 billion (as of 1Q 2014), according to the Money Management Institute (MMI).  Adding in Placemark’s $14 billion will bring them to $586 billion in total.  This further distances them from number two on the list, Pershing/Lockwood, with $391 billion.

While Envestnet is the largest TAMP, their share of assets in Unified Managed Accounts (UMA’s) was much further down the list, less than 5% (around $10 billion) of the $300 billion in total UMA assets. Buying Placemark more than doubles their UMA assets to almost $25 billion.  But more importantly, they acquire Placemark’s 15 years of expertise in overlay management and tax optimization.

To quote the article:

Envestnet stands to benefit from Placemark’s UMA and overlay management technology, says Craig Iskowitz, a principal with Ezra Group, an East Brunswick, N.J.-based strategic consultant. While Envestnet has built UMA capabilities, Placemark has positioned itself as a leader in the space, he says.

“Envestnet has been building out their UMA technology for a couple of years, but they’ve been playing catch-up,” Iskowitz says. “Envestnet’s UMA is doing very well at catching up, but this really moves them light years ahead in their UMA delivery.”

Adding Placemark’s 2,000 SMA strategies to the Envestnet platform will give them one of the largest offering in the industry, according to Bill Crager, Envestnet’s CEO.  I’m not sure how many strategies they will have when combined since there is probably significant overlap with the most popular strategies.  But, they far and away still have the largest SMA catalogue of any TAMP.

Continuing with the article:

Broadening its lineup of model managers could be a competitive advantage for Envestnet, Iskowitz says.

Besides the UMA assets, institutional overlay knowledge and broker-dealer client base, Envestnet is also getting Placemark’s UMA Marketplace, which could be a hidden gem in this deal.  The UMA Marketplace is a web-based ‘UMA-in-a-box’ that allows Registered Investment Advisors (RIA’s) to get access to what formerly was only available to the big broker-dealer firms — Placemark’s extensive list of SMA strategies along with a broad selection of mutual funds and ETFs.  This platform has been experiencing steady growth since it was launched and was attracting RIA’s to Placemark who they could not reach before.

This is a fair deal for Placemark and their VC backers, who did not hit a home run with their investment, but probably are at least breaking even.  But it is a great deal for Envestnet, who gain UMA assets and expertise, a handful of broker-dealer clients, a large SMA list and a flexible UMA/UMH platform, all for a reasonable price.

View this article on the Fundfire website: Envestnet Buys $14B Turnkey Platform