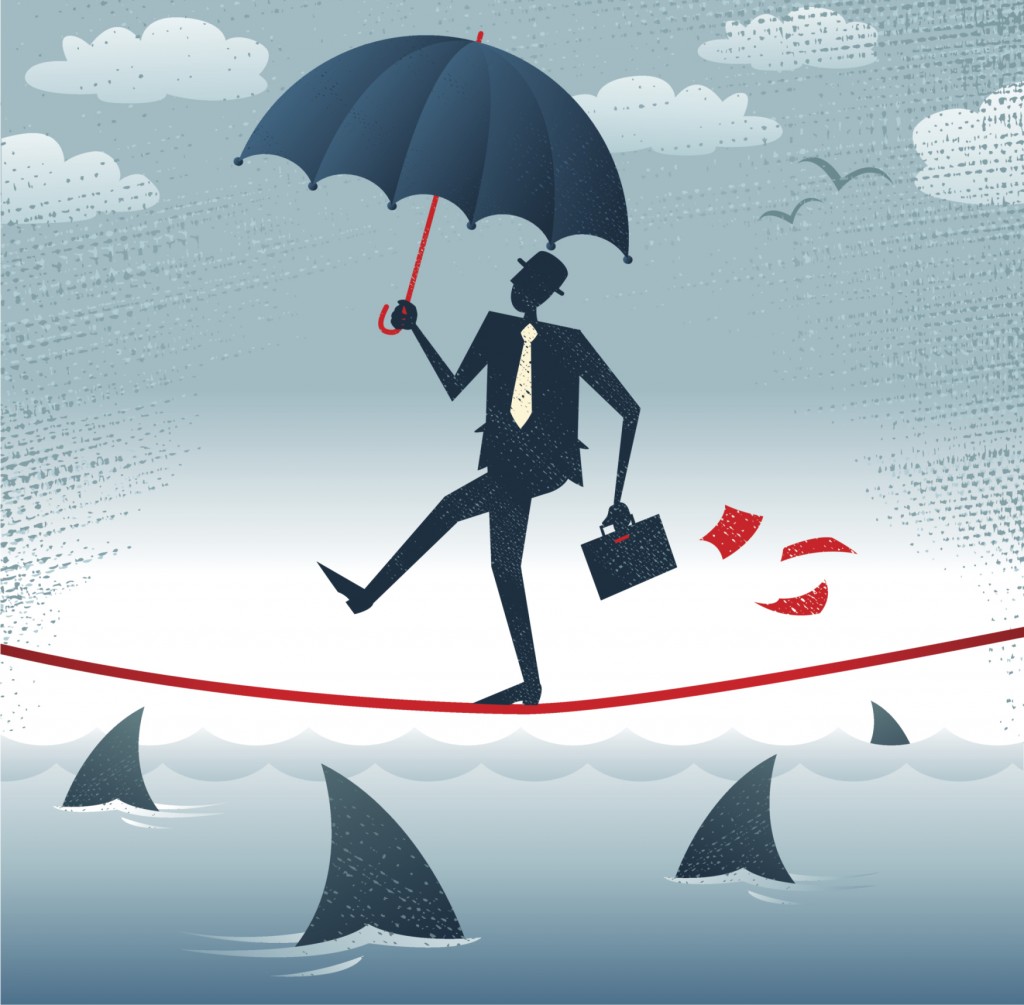 What is the internal force that pushes people to try and solve a problem that almost no one else realizes is even there?   How does building a better mousetrap go from unrealistic idea to working software to a revenue-generating business?  And how do we know if it something we even need?

This process has already occurred with risk tolerance questionnaires.  What was once a small part of an advisor’s proposal process has now expanded into a full-blown suite of services that can combine an expanded risk assessment with asset allocation, portfolio construction and even marketing support.

At least that is the case with Riskalyze, who has been making waves with a series of announcements of new services and partnerships and is already a star in the FinTech space. CEO Aaron Klein believes their Swiss army knife approach will demonstrate to clients and partners that his firm is best positioned to help drive assets to their advisors.

This is in stark contrast to competitors such as Pocket Risk, a competitor that launched their product around the same time in 2013 and FinaMetrica, the grizzled veteran of the space that has been around since 1998.  Both firms are taking the opposite approach and focusing just on the risk tolerance questionnaire.

Pocket Risk’s CEO, John Ndege, is betting that avoiding distractions of expanding into other services is the best way to add value to the proposal process.

What are the pros and cons of each approach?  Will these competitors battle head-to-head or will they find different niches to concentrate on?
Follow @wm_today

This seems to be the right time to be selling risk software.  A survey by Accenture found that 86% of financial services firms plan to increase risk management technology investment over the next two years.

But what is the best business model?  Is a stand alone product the right way to go or should risk assessment be the core of a suite of related services?  Can the results of a risk tolerance questionnaire  become the core of every investing decision? 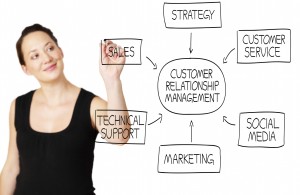 Riskalyze has expanded way beyond risk assessment and has built out functionality for portfolio stress testing, portfolio construction and even proposal generation. It is almost as if they are creating an entire wealth management platform in order to be the core of the advisor’s process.  (See The Battle for the RIA Technology Integration Hub)

Klein countered this assertion by insisting he believes in CRM-centricity and pointed to his firm’s deep integration with CRM vendor Redtail.  Advisors can bring up a prospective client in Redtail and launch the Riskalyze process, he explained. It is a seamless handoff where the advisor can capture the client’s risk number, build a portfolio, hit a button and then trade the client’s account, he said.

Riskalyze can provide the models and even perform the portfolio construction or can hand off those tasks to one of their integration partners, such as Orion Advisors. (See Orion Pumps Up Financial Planning with ASI Integration)

In February, Riskalyze launched a product called Autopilot with CLS Investments to provide automated asset management for advisors. But Klein insisted that they don’t want to just be an asset manager.  He is agnostic to how advisors manage their assets, as long as they put his firm’s Risk Number&trade; at the core.  Then they have the option to self-manage or use an outside asset manager, he noted.

An automated asset management solution, like Riskalyze’s Autopilot, lowers the barrier to entry for advisors, Klein noted.  They can roll it out at no cost and will not be charged the 25 basis point fee until assets appear on the platform. 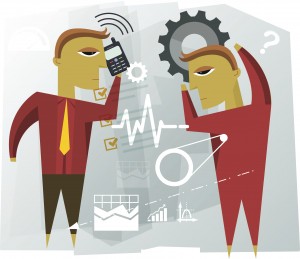 FinaMetrica has not partnered with any CRM vendors, but has focused their integration efforts on financial planning vendors such as MoneyGuide Pro, PlanPlus and FinanceLogix, which was recently acquired by Envestnet. This year, they also partnered with Rixtrema, to integrate FinaMetrica’s risk tolerance questionnaire into their BioniX software suite to provide an end-to-end risk management solution. (See FinPlan Shootout: eMoney Advisor versus MoneyGuidePro)

While these firms have taken different approaches to positioning their companies in the advisory space, they have different advantages. CRM and financial planning tools are both used by many advisors, although exactly which one is more popular depends on which advisor segment you check.

According to a survey by RIAInABox.com 73% of advisors with more than $50 million in AUM use a CRM software application while 78% of the same group use some kind of financial planning software.  In a similar survey by InvestmentNews, the most popular software tool used by advisors was Redtail CRM at 33% with MoneyGuide Pro close behind at 31%. (See 25 Awesome Financial Advisor Technology Tools – Winterberg)

Since both applications have high usage levels among established financial advisors, it would not seem to provide any advantage to integrate with only one or the other.

Risk tolerance questionnaires are a standard feature of financial planning applications. So, it seems that it would be more difficult to sell risk tolerance software to advisors that are already getting something similar for free.  In my opinion, being available as an option for advisors inside MoneyGuide Pro or FinanceLogix would be preferable, since that would make it easier for those users to seamlessly access the FinaMetrica process.

Not Your Typical Risk Tolerance Questionnaires

The Riskalyze process differs from the typical risk tolerance questionnaire by showing the investor an actual dollar amount that they could lose over the next six months next to the amount they could gain.  This is the portfolio return band that their software has calculated as having a 95% probability of occurring.

FinaMetrica’s questionnaire has 25 questions, which is more suitable for use by financial planners providing a comprehensive multi-goal planning service, co-founder Paul Resnik stated.  Late last year, they announced a 12-question version that was targeted at enterprise clients such banks and insurance companies that need to generate risk tolerance quicker and scale the process across more clients. 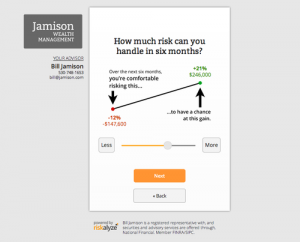 Comparing the number of questions is difficult because Riskalyze uses a dialog with a slider control that allows the client to adjust their risk level and see the dollar amount of their portfolio they are risking.  Clients often do not calculate the absolute value of their percentage downside risk when answering questionnaires, Klein observed.  Showing them the actual number often results in a lowered risk score.

When trying to decide between Riskalyze and FinMetrica, financial planning guru Bob Veres felt that the questions asked by Riskalyze were not realistic in a normal market environment.  He was also swayed by the literature on psychometric testing that backs up FinaMetrica’s process.  Veres said:

If I wanted to close a prospect, Riskalyze is hard to beat. But if I had to stand up in court and defend my process for selecting truly appropriate portfolios for my clients, I’d much rather have Fina 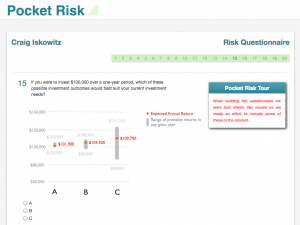 Metrica in my corner.

Pocket Risk offers a questionnaire that is more qualitative than Riskalyze, which makes it more thorough and easier for clients to understand, CEO Ndege asserted.  They have only one version with 20 questions, but their software is customizable and allows advisors to add additional questions, if they want.

Their approach is driven by academic research from institutions like Virginia Tech, The University of Georgia and The American College, he explained.

Ndege observed that other vendors mix risk capacity (how much can you afford to lose?) with risk tolerance (how much are you willing to lose?) and create an average, which isn’t as accurate.  This is one of the reasons why the Pocket Risk process is superior.

Can Risk Tolerance Be the Intel Inside?

Riskalyze seems to be expanding into many different areas of the advisory process.  They now have a full-blown proposal tool that their CEO claims is being rolled out by a large asset management client to their network of advisors. 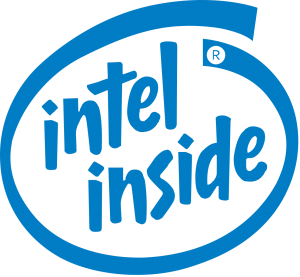 At the T3 Advisor Conference in Dallas they launched an integrated online meeting service. It allows advisors to walk clients through the risk tolerance questionnaire without requiring the computer skills necessary to run GoToMeeting or Join.me, Klein insisted.

Is their goal to become like Intel Inside?  Where their software sits at the heart of many other vendor’s offerings?

Riskalyze has published a robust Application Programming Interface (API) that allows potential partners to connect to their system in under two weeks, Klein reported.

Klein believes that to be successful in this market, a firm has to “get in the game in a couple of different places.”

Ndege, who worked at Facebook in London prior to starting Pocket Risk, has not decided whether it is worth spending the time and resources to build additional services such as model recommendations and portfolio construction.  These technology shifts happen before in other industries, where customer trends of buying solutions go from bundled to unbundled and back again.  He doesn’t want to get caught in between at this point in the firm’s development.

Pocket Risk has been approved by the compliance departments at ten broker-dealers, but they do not have any enterprise deals in place yet.  This means that even though their product in on the broker-dealer’s recommended list, advisors still have to pay for the service out of their own pockets.

The Space is Getting Crowded

Riskalyze has a four year head-start in building technology, boasted Klein, who was formerly Director of Product Development for online broker optionsXpress Holdings.  Of course, FinaMetrica had a 13-year head start on Riskalyze, but that didn’t stop them!  (I forgot to ask Klein about that one.)

There is no shortage of accolades for these firms and their innovative approaches to risk tolerance.  Riskalyze was named ‘Best Client-Facing Technology of 2013’ by Morningstar Advisor and was picked twice by Fast Company Magazine (in 2013 and 2015) as one of the most innovative company in finance. FinaMetrica has won a plethora of awards over the years, but some of their more recent wins include the ‘Best Risk Profiling Solution’ awards at the 2015 WealthBriefing Swiss Awards, the 2014 WealthBriefingAsia Awards and the Family Wealth Report Awards 2014, to name but a few.  And last but not least, Pocket Risk’s CEO Ndege was named to the “Top 10 to Watch in 2015” list by Wealthmanagement.com.

All of these companies offer annual subscriptions to individual advisors as well as enterprise licenses.  Both FinaMetrica and Pocket Risk have online subscription forms that accept credit cards.

Annual pricing for each application is:

Riskalyze is more than twice the price of Pocket Risk, but they offer more features.

If these applications can perform as promised and can be leveraged to help drive assets to advisors, then the costs are well worth it.

93% of self-directed investment accounts have not executed a trade in the past year, according to Klein.  “That’s not buy and hold that’s buy and ignore,” he lamented.   There is a huge opportunity to build infrastructure that helps people figure out how and where to invest.  There are already many options for them to choose from and there is room in the market for all of these companies to thrive.

While it is unclear which vendor’s approach to the market will be most successful, it is clear that firms who can out-innovate their competitors have the best probability of staying in business.  FinaMetrica has the longest track record by far, but that is no guarantee of success against hungry and well-funded competition.  Pocket Risk has simplicity and singular focus, but is still building their client base and tweaking their product.  Riskalyze seems to have the advantage of momentum and an ambition business model that could lead them to extraordinary success.