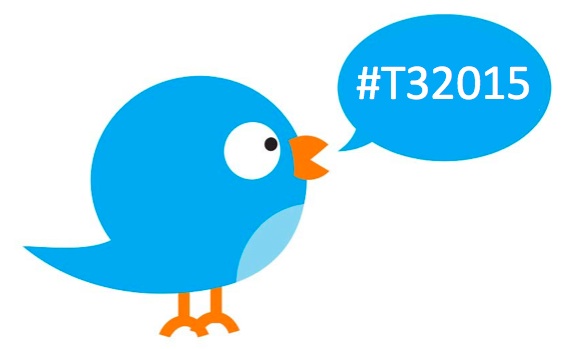 What can you do if, like me, you were unable to attend this year’s T3 Enterprise Conference?  If you were too busy to make it to the Bonaventure Resort & Spa, right outside of beautiful Fort Lauderdale, FL?  If you missed hearing some of the industry’s leading vendors announce their new product offerings?

Don’t worry, there’s a way you can catch up on the important news from the conference and get some industry analysis along with it.  In this post I pulled out the most interesting and informative tweets and added my commentary.  Now you can catch up on the latest trends in wealth management technology including digital marketing strategies, client acquisition techniques, social media compliance solutions, cloud computing, and a whole lot more!  (minus the sunshine and gorgeous beaches, unfortunately)
Follow @wm_today


Joel Bruckenstein took a different approach to this year’s T3 Enterprise Conference.  Instead of breakouts and panels around different industry topics, he assigned each session to a different vendor and allowed them free reign.  Some announced new products or functionality.  Some used their time to talk about trends or the state of the industry.

.@AaronKlein asks: isn’t it alarming half of clients could be invested wrong? Says it’s a challenge that needs to be fixed. #T32015

As I have written previously, Riskalyze has a great business model that has the potential to be very successful in this industry.  Their risk tolerance/assessment tool has a well-designed interface that presents risk information in an easy-to-understand format.  The company’s research has found that investors that see their potential portfolio risk through Riskalyze tend to select more conservative options than they would if using other methods.  (See Smart and Agile: Riskalyze and Quovo Help Advisors Stay Ahead of Robos)

The Riskalyze score that measures risk tolerance is also usually more conservative than the investor’s current holdings.  This becomes a sales tool that advisors could use to show the client that they are invested ‘wrong’.

Riskalyze is well-positioned to take advantage of the new DOL fiduciary rule since their technology can be integrated into almost any platform or website. The key word here is ‘real’.  The old way of reviewing compliance will not work going forward.

In order to maintain scale and keep costs from running away with their profits, firms must be able to crank out DOL-compliant compliance reviews en mass and potentially on a daily basis.  Depending on what is meant by ‘compliance review’ this could be anything from superficial reporting to in-depth analysis and comparison against the client’s IPS. Either way, scalable technology will be the key to meeting new regulatory requirements in a cost-effective manner.  (See How Risk Tolerance Software Is Disrupting Wealth Management)

I refer to this as the hybrid-robo solution.  This can be implemented in a few different ways.  All of them have a digital interface with varying degrees of involvement by human advisors sitting in a call center.  This is the business model being run by Personal Capital and Vanguard Personal Advisor Services.

I admit it.  I’m a geek and a huge Monty Python fan.  Bob Curtis has a theatrical streak in him and he enjoys employing it at T3.  During last year’s advisor’s conference he brought out a guy in a chicken suit.  Personally, I prefer King Arthur and his Knights of the Round Table.

“If I wanted a relationship, I would integrate with your sister,” says “french knight” from @MoneyGuidePro #T32015

We’re canceling this session because it is has become too silly.

This is the continuation of a trend I have written about where vendors are expanding their connectivity efforts to turn their products into a central integration point.  eMoney has just taken the ultimate step by disengaging their core offering, financial planning, from their portal. (See The Battle for the RIA Technology Integration Hub)

If their portal works as advertised, it would be useful for RIA’s who take a best-of-breed approach to technology.

The truth is that Fidelity is a private company and will do whatever they believe is in their long-term best interests. Keeping eMoney independent for now provides them with the most favorable optics during the transition period.  After a year or two, their calculations may determine that integrating eMoney more tightly into WealthCentral will help them attract more breakaways and startup RIA’s.

They’ll have to fight eMoney and a dozen other vendors!  (See The Battle for the RIA Technology Integration Hub)

Salesforce has been relying on their partner strategy until they achieve sufficient scale.  Now that they are a dominant force in CRM, they seem to have decided they can launch a vertical-specific product with minimal impact to their business model.  Firms that have invested time and energy to build customized wealth management software on op of Salesforce like XLR8, Orion Advisors, and App Crown now have to compete against their own platform provider.

Salesforce must believe that their partners have no other option that can rival their market share and development tool kit. They are also targeting their product at the low end of advisors, so their partners can focus on the high end, which may pacify them for the time being.  But if the Salesforce product starts to take off (not a sure thing given the early reviews)

For a @salesforce advisor data dashboard, there is sure a ton of data! I bet each panel is customizable. #T32015 pic.twitter.com/BsHUdIeVpF

This screenshot looks busy and not well-organized.  I have seen some products that have gone all-in with a social media interface, which is exactly what a busy advisor does not need.  A clear and concise dashboard that is well-designed to highlight actions required is much more valuable than a Facebook-style news feed where critical bits of data float past like autumn leaves on a stream.

UX design has never been a strong point for Salesforce, to put it mildly.  To be blunt their user interface has been the weak link in their product offering.

Advicent – Differentiation and Delivery in the Consumer Revolution

Advicent changed their name from Zywave back in 2013 when they sold off their portfolio of insurance-related software. They purchased Rotterdam-based Figlo because of its ability to allow a client to interact with the advisor during the plan creation process.  Naviplan is probably the best tool for sophisticated HNW clients.

According to a recent survey, over 47% of advisors need 10 or more hours to complete a single financial plan.  Simplified planning tools have a large market opportunity, not even considering the tens of thousands of advisors who don’t do planning as well as insurance advisors, CPA’s, etc.

As more advisors leverage software to automate their processes, offer digital advice and interact with clients via mobile, they have to work harder to differentiate themselves from their competition.

Sometimes I feel that we disparage robos, the same way we did the 1st cell phones. They will evolve too #T32015 pic.twitter.com/0elBJ4uvZZ

Here’s just a few of the differences: mobile phones were based on new technologies (cellular switching, channel synthesizers, and computerized base stations) facilitated generic communications between any two parties and could be purchased by consumers as part of discrete transactions.  Robo-advisors are not based on new technology, they enable a limited form of communication only to/from the RIA and require the consumer to make a substantial financial commitment (transferring all or part of their assets to the RIA).

Adoption rates are another differentiator.  The first robo-advisors launched back in 2008.  In the seven years since, collectively, they have managed to scrape together a measly $21 billion in total AUM and probably a few hundred thousand clients. The first cell phone was sold commercially in the US in 1983.  By 1990, there were over 5,000,000 customers!   That’s a difference of more than two orders of magnitude.

Why aren’t there 5,000,000 robo-advisor customers?  Because signing up with an advisor, robo or human, is not the same discrete consumer transaction as buying a cell phone.  Or buying a book.  Or buying any other consumer product or service for that matter.  These transactions have minimal friction.  You make the purchase and you’re done.

Signing up for the services of a robo-advisor have a great deal of friction.  The consumer has to give some or all of their life savings to the advisor and trust that they will take care of it for years or decades.  These are not the kind of transactions that can be entered into on a whim or by clicking on a banner ad.  It will always require the customer to overcome the friction of moving their assets.  No matter how they simplify the onboarding process, robo-advisors will always be limited by this friction, just like traditional advisory firms.

Cell phones were revolutionary.  Robo-advisors are just RIA’s with a web interface.  That’s the difference.

According to Friedman, his firm has maintained that 98% client satisfaction rating consistently over the past 15 years. Impressive!

That’s not surprising given that they have just under 1/3 of the CRM market, as per a 2015 InvestmentNews Adviser Technology Study.

This type of real-time integration between different vendor products is a big step towards eliminating the advantage that all-in-one solutions have over best-of-breed.

Another app store?  I don’t see a lot of firms spending the time and money to build for such a small audience. Salesforce launches their own wealth management platform and Junxure goes for the mini-AppExchange.  It’s no comparison.   Junxure has only 12,000 users while Salesforce boasts almost four million.

.@runoranjdotcom offers a client portal with secure messaging and a collaborative document vault built in. #T32015

This functionality has become ubiquitous in CRM, financial planning and full wealth platforms.  Oranj is very late to the game here.  A client portal and document vault is table stakes for any RIA solution.  (See Oranj David Lyon: We’re The Un-Robo-Advisor)

A Millennial Perspective on Future Technology That Will Fuel Wealth Management Hyper-Growth presented by Lex Sokolin, the founder of robo-advisor NestEgg and COO of wealth management platform Vanare.

Just because robos are cheap… remember what you're not getting. #T32015 pic.twitter.com/dBFl7QIV4g

True. But their target client segments don’t need that much advice.

Lex Solokin @vanareplatform says robos are being acquired for 50x earnings because they offer oppty for hyper growth. #T32015 @FinTechie

I disagree.  They are being acquired at such high valuations because of the hype surrounding them.

I get the sense that @LexSokolin is blowing minds right now with what's next in tech. Wearable tech, natural language processing… #T32015

I heard the same thing from Scott Amyx on a panel about Global Personalization at Location and Context World 2015. Nice to know, but not much use to financial advisors at the moment.

These companies are the real revolutionaries.  They will leave the robo-advisors in the dust.  They reduce the friction in the transfer of assets because they do it in very small amounts.  And that is why they will eventually be more successful.

This is an interesting statistic.  Envestnet has only 40,000 advisors on their platforms, but more more AUM.

Disclosure: I have consulted with one or more of the companies mentioned in this article.

I am CEO and founder of Ezra Group, LLC, a strategy consulting firm to the wealth management industry, and can be reached at craig@ezragroupllc.com or on Twitter @wm_today.

Related WM Today Content
Jemstep Advisor Pro Helps Convert Robo Prospects into Clients
Robo-Advisors Shakeout: Who Will Be The Last One Standing?
5 Serious Concerns About the Envestnet Acquisition of Yodlee 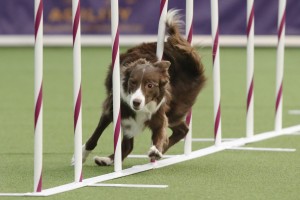