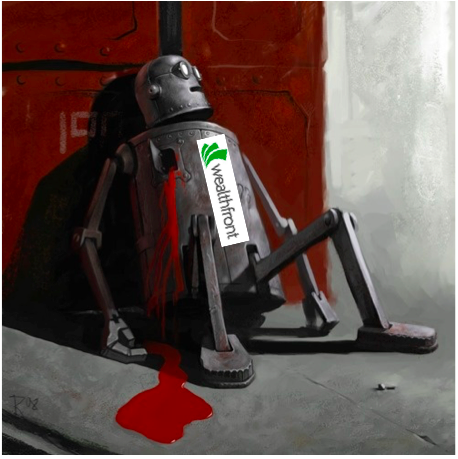 As recently as last summer, Adam Nash, CEO of roboadvisor Wealthfront, was boasting about his firm’s rapid growth and how they could soon replace ‘traditional’ financial advisors.

How fast the world changes in just a few months. 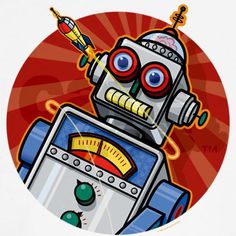 In an article in InvestmentNews, Alessandra Malito reported that Wealthfront’s AUM growth slowed to a crawl by the end of last year:

Wealthfront, which was founded in 2011, had about $2.8 billion in assets under management at the end of last quarter, according to its 13F report submitted to the SEC last week. That compares to a reported $2.5 billion in AUM in the third quarter, following a second quarter of $2.4 billion. This time last year, the firm had $1.7 billion in AUM.

Wealthfront is just treading water as they watch the major retail brokerage firms making huge splashes in the market.  Over at Financial-Planning.com, Suleman Din wrote:

Vanguard’s Personal Advisor Services alone had approximately $31 billion in total assets under management, with $21 billion from new money by the end of 2015. Schwab’s Intelligent Portfolios service has a reported $5 billion.

I was quoted in the InvestmentNews piece about how the easy money has evaporated for the retail robos:

“Now they are hitting the low-hanging fruit,” Mr. Iskowitz said. “In order to keep growing they need to pull from other advisers and they need to perform services advisers perform.”

Wealthfront came out with a portfolio review tool last month, which allows clients and prospective clients to get a free and immediate analysis on their portfolios. In July, the robo dropped its account minimum.

While their portfolio review tool is certainly a positive development for them, it may be too little too late.  It also shows how far behind the curve roboadvisors really are.   I have worked for most of the major wealth management technology vendors at one time or another and all of them have a current versus proposed tool as part of their proposal process.

In fact, they have had this for many years.  It’s one of the many features that has become table stakes for any wealth management platform vendor who expects to get any traction in the market.

Wealthfront must have rushed this functionality out the door since it appears to be only half-finished.  It only supports taxable accounts, leaving prospective clients with tax-exempt accounts out in the cold!

A few more quotes from InvestmentNews: 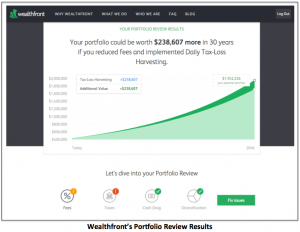 Mr. Iskowitz said the robo needs to improve its website and add more free features, such as data aggregation and expense management.

“I think they are realizing they’re just a digital RIA and the robo-adviser mystic has worn off,” Mr. Iskowitz said. “That’s why their growth has slowed and their assets will go away if they don’t keep up and show more value added to consumers.”

The client-facing features of Wealthfront’s website are way behind their competitors.  They do not offer the goals-based process or automatic cash sweep that Betterment has nor the cash flow and expense management functions provided by Personal Capital.

Is it any wonder that their AUM growth has stagnated?

Everyone in the media who has been going crazy pumping up the roboadvisor hype needs to realize that Wealthfront is just an RIAs, but without any actual advisors!  Successful advisors know they need to deliver value added services or their prospects and clients will go elsewhere.  Betterment and Personal Capital figured this out, but Wealthfront has been slow on the uptake.

The competition is not going to get any easier.  As existing robos and robo-platforms are acquired by deep-pocketed firms with strong brand names (i.e. BlackRock buying FutureAdvisor, Invesco snapping up Jemstep) they will attract even more of the assets that might have found their way to Wealthfront.  Vanguard and Schwab’s robos will continue to swallow Wealthfront-sized assets every few months, leaving only crumbs.

It’s only a matter of time before the VC’s who backed Wealthfront with over $100 million in funding decide to throw in the towel and force a sale to try and recoup as much of their investments as they can.

The reason I include small technology providers like Jemstep in this mix is because they enable any advisor to become a Wealthfront competitor.  The big four RIA custodians have all launched or announced robo-platform offerings and the major wealth management technology vendors like Fiserv, Vestmark, and FolioDynamix have followed suit. Soon every traditional advisor will be offering a digital, low-touch, Beta-only advice channel to capture small accounts and tech-savvy investors.

This is my favorite quote:

“It is not only about AUM — technology people also think of information flow,” noted Laura Varas, a principal at research firm Hearts & Wallets. “So $2 billion in AUM is a failed mutual fund.”

$2 or $3 billion makes them just one of hundreds of RIA’s of similar size who are all battling for new assets.  Some are leveraging private equity funding to snap up smaller firms around the country to continue their drive for scale.

The odds are stacked against Wealthfront.  In my opinion, their brash CEO will soon admit defeat and agree to be acquired soon.  This will not reduce the impact that they and the other robos had on the industry.  Far from it.