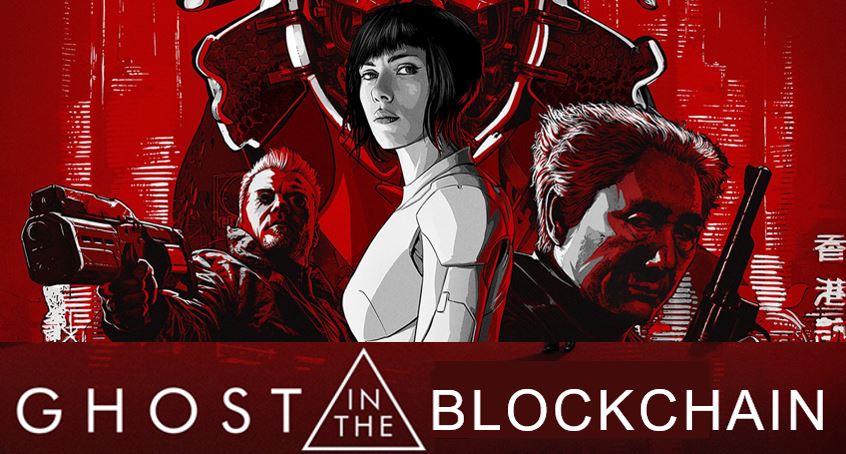 I’m writing this post from the comfort of my Airbnb apartment in Tel Aviv where the news has just broken of Intel’s purchase of MobileEye, an Israeli firm that has developed chips for cameras that allow cars to ‘see’ the road ahead of them.  The $15 billion Intel is spending is another validation of the success of Israel’s high tech sector.

Why will blockchain succeed in revolutionizing global financial services where other technologies have failed?

Blockchain technology is driving three global FinTech trends: interaction, the changing nature of risk, and technology acceleration.  This is according to Dr. Magdelana Ramada Sarasola, Senior Economist at Wilson Towers Watson who spoke at the recent T3 Advisor Conference in Los Angeles, CA.

Another driver is that attitudes have changed. Dr. Sarasola explained that there is a new social interaction paradigm which has flipped consumer focus from quality and price to speed and convenience.  Both of these are strengths of blockchain’s distributed architecture. 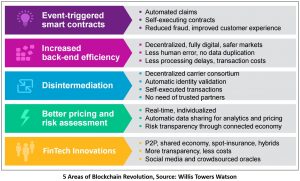 $1.4 billion was invested in blockchain startups in 2016 and there were over 70 proof of concept projects launched, Dr. Sarasola reported.  With 9 out of 10 major North American and European banks exploring blockchain technology the necessary infrastructure is being built to support rapid deployment of innovative solutions.

I adapted the title of this post from the 1967 book ‘The Ghost in the Machine’ by Arthur Koestler.  Koestler examined the organization of psychological, individual and sociological units that make up what humans refer to as our ‘personality’.  Our mind is an autonomous source of thought that is itself contained inside our brain, which is itself a biologic computer running software that has evolved over millions of years. 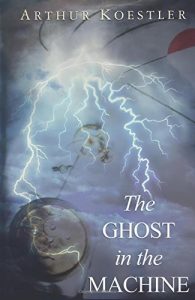 Dr. Sarasola mentioned interaction as one of the three global trends that will be driven by blockchain.  Interaction refers to the blockchain feature that supports contracts created inside the distributed ledger.  Messages can be sent to these contracts which allows interested parties to activate rules that distribute virtual goods, information or digital currency.

The ‘ghosts’ in the blockchain are these smart contracts that act as autonomous, intelligent agents.  They are self-executing, meaning that they can take action based on input they receive without requiring human intervention.

This function is being leveraged to develop self-issuing insurance policies, which is one of Dr. Sarasola’s main areas of research.  The policy contract would be written in code inside a blockchain ledger with a list of specific events that are insured against.  The contract would then patiently wait for a message from a trusted source that indicated one of the events occurred.  The contract would then automatically pay the insured the proper amount.  There would be no underwriter or physical insurance company required.

In a non-trusted partners P2P type of setting, blockchain smart contracts could match you to an investor comfortable with your risk profile that was determined based on your personal data.  It would then be registered in the ledger and become immutable, historical and fully encrypted, Dr. Sarasola explained.

Using the smart contracts described above, a startup called InsureETH has developed a blockchain-based self-directed flight insurance contract that automates payment for flight delays and cancellations and disintermediates insurance companies.  Customers can purchase contracts online and payment is delivered automatically if flights are delayed. 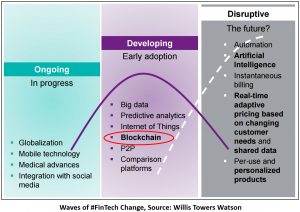 “[A]s soon as we get to the point where people can buy flight tickets with digital currency, airlines can offer automated insurance as an add-on easily.”  — Stephan Karpischek, co-founder of FlightDelay

Stock exchanges and custodians are other middleman who could be eliminated.  The State of Delaware is considering using blockchain to restore direct stock ownership to investors who could purchase shares online and have their ownership stored in the distributed ledger.  No need to open a brokerage account or worry about clearing and settlement.

There are three aspects of blockchain that underlay its ability to disintermediate:

We are still early in the process of blockchain becoming a global standard.  Before this can happen, the Fintech industry must first overcome its inherent fear of decentralization that has developed over hundreds of years of reliance on centralized services. Once this tipping point is reached, we will see vast improvements in customer experience and a competitive advantage will be achieved for firms that adapt their business models. As blockchain developments continue to be made, even aspects thought to be resistant to decentralization such as Know Your Customer may eventually be decentralized as well.

Utilization of distributed ledgers will bring increased reliability, auditability and tradability of bonds and swap contracts, Dr. Sarasola pointed out.  There has already been a proof of concept for bonds in the Land Down Under.  Commonwealth Bank of Australia has designed a blockchain network concept that could be utilized to issue and exchange government bonds.

In September 2016, French bank BNP Paribas, announced that it was exploring blockchain for use in the distribution of a new instrument called mini-bonds. Around the same time, eight members of the R3 bank consortium reported that that they had tested a system for trading US Treasury bonds, leveraging a platform developed by chip giant Intel.

The bank revealed earlier last year that it had partnered with investment platform SmartAngels to develop a blockchain-based crowdfunding platform which will allow private companies to issue their own shares directly to the public.

“By replacing the human interventions which are currently embedded throughout the entire risk transfer process, frictional delays and the risks of human error are completely removed – with a radical effect on the speed and efficiency of the process and, in the case of bonds, on the tradability of such securities.” — Richard Boyd, Allianz Risk Transfer, Chief Underwriting Officer

From segmentation to personalization, blockchain technology has tremendous potential to collapse pricing for all types of financial transactions in the same way that discount brokers and the Internet did to pricing for market data.

Back in the 1990’s, I was working for a provider of market data services and we charged hundreds of dollars per month for market data, analysis tools and news that is available for free on Yahoo Finance.  Hundreds of millions of dollars of revenue vanished in the space of a few years.

Financial products could automatically adjust their pricing according to the location of the transaction or amount of activity at a certain time.  This is enabled by blockchain providing an unprecedentedly secure environment for real-time and open-access data sharing, Dr. Sarasola noted.

The changing nature of risk is helping businesses assess and pursue opportunities for growth, as reported by Accenture Consulting. As digital technologies, like blockchain, have become the standard for doing business in financial services, risk leaders are uniquely equipped to identify and evaluate the inherent risks and then devise strategic approaches for managing them.

Today I attended a FinTech conference here in Tel Aviv that involved a number of companies who have developed innovative solutions using blockchain.  The conference was organized by Equitech, a consulting firm providing advisory services to financial institutions and business development services to startups.

Some of the innovative firms at this conference included:

Here in Israel, a nation the size and population of New Jersey, there are over 430 fintech companies of all sizes. There are 38 Israeli blockchain startups!  Israel has already proven itself as a generator of innovation in many other technology areas.  It is only a matter of time before the blockchain innovations begin to be churned out and you are reading about the next big Israeli blockchain exit.

With so many firms in Israel and throughout the world working on blockchain, it is evidence of the inertia that exists in financial services that we have not seen the hockey stick increase in consumer adoption yet.  But with powerful groups like the R3 industry consortium working to transform blockchain for financial services, we should soon see at least the beginnings of the expected blockchain revolution.