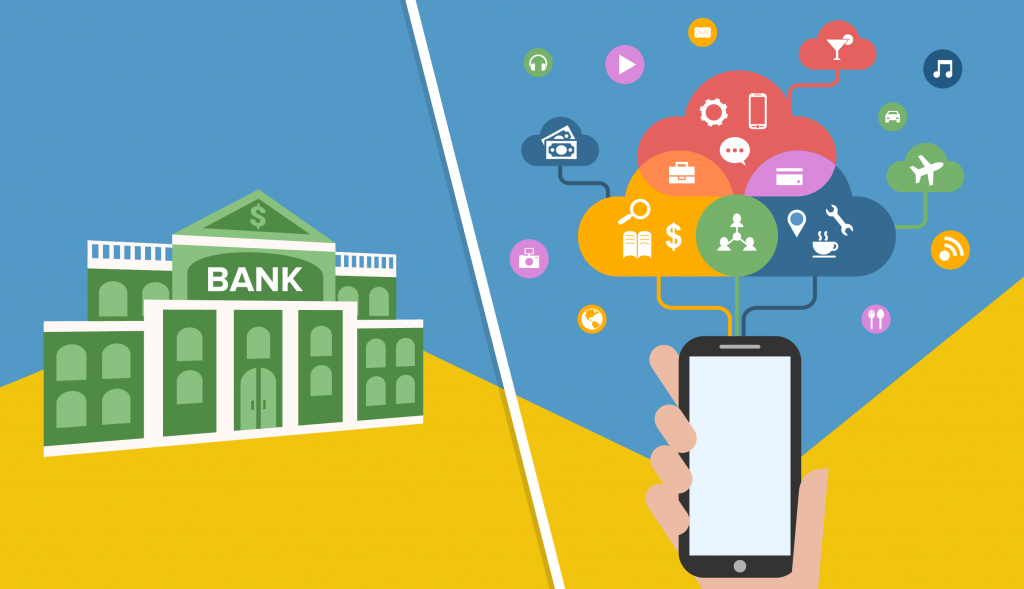 If there was one location on Earth that should be referred to as the ‘Startup Capital of the World’ it would be Israel. Sure, when it comes to raw numbers, Silicon Valley is king. But on a per capita basis, Israel, with only 8 million people, boasts more startups, more venture capital, more scientists and tech professionals than any other country in the world.

And Israeli citizens who have left to live in the US have been just as prolific as their countrymen who remain at home.

Startups of both types participated in a panel discussion on banking technology at FinTech-Aviv’s GO FinTech conference held in Tel Aviv last week.

Will FinTech Funding Bounce Back in 2017?

In 2016, total funding for fintech firms declined by almost 50% from the prior year, which made it more difficult for a lot of companies to raise money, reported Irit Kahan, Principal, Deutsche Telekom Capital Partners. The reasons behind this sharp drop was an increase in global uncertainty that made investors more cautious. 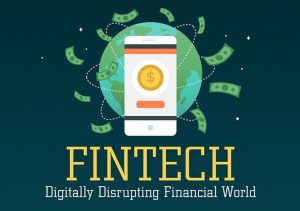 A report by KPMG identified a number of factors including fallout from the UK Brexit vote, the impending US presidential election, a perceived economic slowdown in China, and significant exchange rate fluctuations.

Robby Hilkowitz, CEO of H2 Private Capital believes that a funding decline was an inevitable result of the lack of new ideas. His firm has been investing in the fintech space for over eight years, but everything he has seen has been derivative ideas.

One of the few firms that did get funding in 2016 was Israeli startup Paykey, which raised a series A round of $6 million last November. Paykey developed a custom keyboard for iOS and Android devices that allows a user to send money to anyone while they interacting with them through any social or messaging platform.

However, Kahan believes fintech deals it will take off again in 2017.

Will digital banks pose a threat to traditional banks?

Digital banking itself is not a direct threat since it is just an evolution of traditional banking, asserted Guy Talmi, CMO of mobile payment startup Paykey. Almost all traditional banks now offer online services. Tel Aviv-based Bank Leumi has even launched its own completely digital bank, which they christened, Pepper. 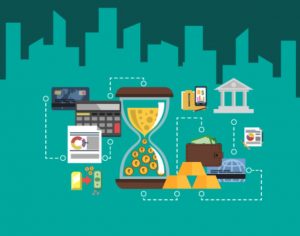 Market fragmentation is a much bigger threat to traditional banks, Talmi insisted, a large part of which is being driven by peer-to-peer payment and lending apps that are disintermediating banks completely.

Paykey’s business model relies on working with banks to combat P2P threats by enabling their customers to make financial transactions within their social or messaging apps.

The only way that digital banks can pose a true threat to tradition banks is if they can disrupt the entire banking relationship, Hilowitz insisted. Leveraging disruptive technology in an intelligent way will allow second and third tier banks to compete with the first tier banks.

Banks should learn from other disruptive companies, like Uber, who completely removed money from the payment process, Hilowitz proposed. Customers never need to touch cash or a credit card when they take a ride. The entire transaction is handled automatically in the background for them. This type of seamless payment process is what banks should be striving for, he proposed.

Traditional banks have hundreds of years of market experience, noted Yuval Tal, president & founder of payment startup Payoneer. They also have millions of existing clients that they can sell addition products and services. For digital banking startups, the acquisition costs of new clients is very high. They are fighting an uphill battle to disrupt the market.

To have a better chance of being successful, startup companies in the payment space should try to work with banks, not compete with them, Tal suggested. Tal, a former Israeli special forces officer, suggested that startups look for ways to be complimentary to existing bank products and services. This gives the bank an incentive to partner with you.

Not surprising that Tal gave this advice since Payoneer’s business model is to help banks work better with non-banks.

What market conditions drove you to start your company?

Real estate data firm CrediFi got started because the founders saw that the market for commercial real estate was antiquated and relied on lots of paper and personal relationships, according to Ely Razin, the firm’s CEO. Many real estate owners are individuals or small companies and there is a large under-banked population. These small owners have a tough job getting capital from banks, mainly because banks lack the necessary data to qualify them as good credit prospects.

Many traditional banks make less than ideal decisions when using their own data, Razin noted. CrediFi, which Razon founded in 2014, sells a database of commercial real estate loans containing over 4 million commercial assets.

Razin started CrediFi after realizing that banks’ commercial lending process are incredibly inefficient and critical data needed to make loans was still managed on paper. This hampers the ability for banks and other lenders to make intelligent lending decisions, Razin observed.

Helping to kick off the 2017 funding resurgence, CrediFi landed $13 million in a Series B round in February.

What impact has social media had on payment companies?

Paykey’s founders saw social media as one of the biggest influencers for banking decisions, Talmi shared. Many social media startups have pivoted to P2P payments or added them as a feature, he explained. 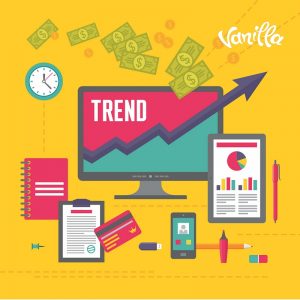 Venmo (now owned by PayPal) followed this track and last year processed almost $20 billion. China’s WeChat (part of the Tencent conglomorate) had a similar social start but since launching WeChatPay has become a monster in payments with an estimated $550 million in transfers processed from their over 700 million users.

Whether payment startups like Paykey can even survive is questionable considering their larger competitors’ ability to fund operations from other parts of their businesses. Tencent has stated that they don’t anticipate WeChatPay becoming a profitable business because of subsidizing merchants and other costs. But, the real value, Lau argued is that WeChatPay “will benefit our overall ecosystem,” such as empowering future advertisements with one-click purchasing from users, and synergies with financial services like Tencent’s wealth management fund and online bank.

A consortium of banks is fighting back against Paykey, Venmo and other tech-driven solutions. Zelle – new initiative by 19 banks to combat Venmo, improve P2P experience.

Hilkowitz proposed that no bank should ever need to ask a customer, “How can I help you today?” They should know enough about their customers to be one step ahead. 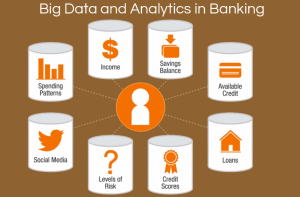 Traditional banks are sitting on a gold mine buried in their customer accounts, holdings and transaction data that they have accumulated over decades. All of these startup payment companies are giving away their services just to gather this same information hoping that they can monetize it at some point in the future, Hilkowitz exclaimed.

According to a case study from consulting firm Cognizant, when a large global bank built a model to predict customer interest in savings-related offerings and cross-selling, the pilot program produced a tenfold increase in branch sales and 200% growth in conversion rates in just a two-month period.

Other areas that banks can generate useful analysis from big data are in dynamically segmenting customers, fraud detection, and real-time availability, elaborated Ami Isakov, Head of Fintech for First International Bank of Israel.

There could be other negatives for banks that do not catch the wave of big data analytics to manage their business, Razin warned. We know that banks will need to be strong in this technology in order to be successful. Publicly traded banks that fall short in big data could be identified as targets for short sellers.

Are there too many startups in the payment space?

The proliferation of payment startups has been beneficial in some ways, Tal explained. They have legitimized their value to large companies. When Payoneer met with Amazon to try and work out a deal there were four other payment companies there. This helped Amazon to understand that they could work with a startup as a partner.

Too many startups is not usually a problem. It’s the lack of big corporations in a space that should be a warning sign.

“If your space is only inhabited by early-stage startups and no corporations have gotten involved, it might not be as hot as you think. Maybe the problem you’re trying to solve is too niche, or the technology hasn’t yet advanced to a stage where it’s globally scalable, but there’s often some reason that large companies aren’t making moves yet.”
— Aliya Salakhova, founder of Doft, an on-demand truck-sharing service.

Scale Can Be Difficult

Tal related a story that illustrates the scale problem that payment startups face. Payoneer was making a pitch to a large US bank and told them that they were processing around $18 billion in transactions every year. The bank executive responded that they process $3 trillion. Every day.

Payoneer bucked the trend by raising $180 million last year, making the Israeli-turned-US cross-border payments provider the subject of one of the biggest funding rounds by a financial technology companies in 2016

Payoneer’s system sits on top of the existing banking system, allowing small businesses to send and receive payments across borders more quickly and cheaply than via banks. It also allows online marketplaces to send payments to the vendors that operate on their sites.

Scott Galit, the former MasterCard and First Data executive who became CEO of Payoneer in 2010, said, “A lot of the magic comes from how you connect this frictionless system with the high-friction world back with the traditional banks.”

FinTech Startups Can Change the World

Bank customer expectations are changing. 24/7 availability, mobile access, personalization of all services and products is now table stakes.  Innovative banks, like Bank Leumi, are creating their own digital banks to compete with their own traditional channels and also to capture younger demographics before they are lured away to startups.

Other banks are choosing to be more collaborative with startups, like Payoneer, to try and spark internal innovations.  Their goal is to transform their existing infrastructure to be more accessible to mobile users and to improve their customer experience.

As Robby Hilkowitz asked, how do banks unlock the value in their most valuable asset… customer data?  How they design their customer engagement processes to be delightful?

Whether banks answer these questions organically, through partnerships or acquisition of promising startups, the future of banking could hang in the balance.

PrevThe Ghost in the Blockchain: 5 Reasons It Will Revolutionize Financial Services
4 Secrets of Successful RIA RollupsNext