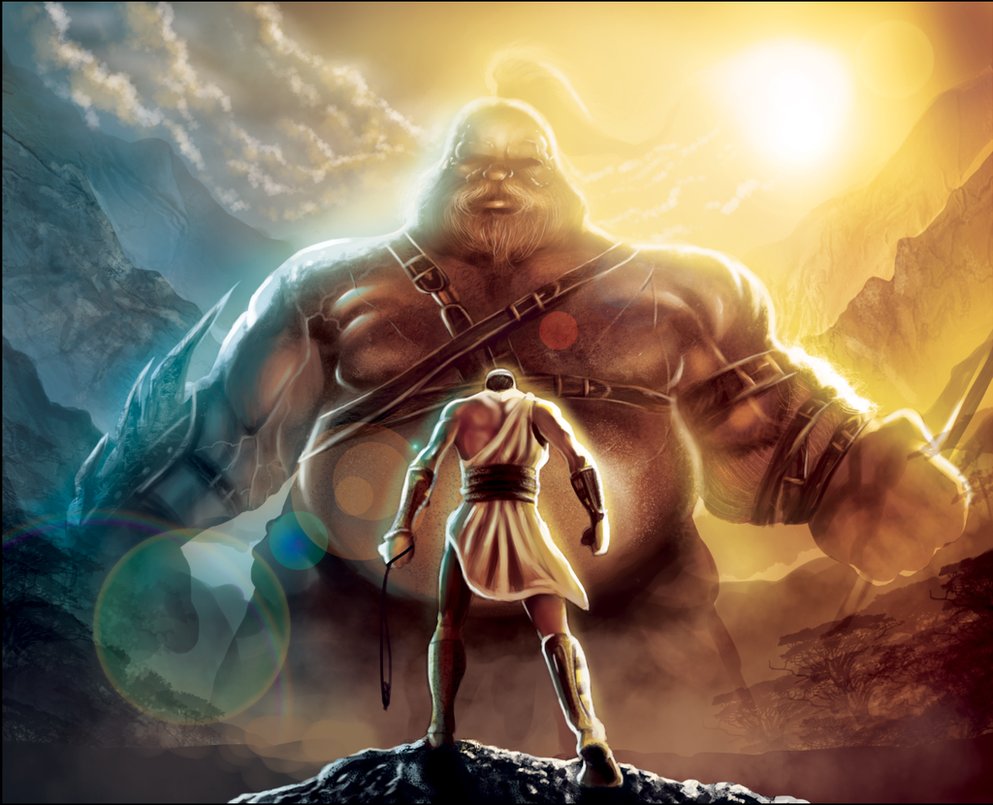 Is AdvisorEngine Building a Tamarac Killer?

How much do you need to spend to build a wealth management platform that is able to compete with the established market leaders?

Around $60 million, based on the total investments gathered by upstart wealthtech vendor AdvisorEngine.

This is how much cash the firm has grabbed since 2014, when it was launched by Rich Cancro, who was head of Money Management Services for Merrill Lynch before he made the leap into the startup world.

Cancro quickly built AdvisorEngine into a solid player in a relatively short time.  By the Summer of 2016, they was already competing to provide digital advice and paperless account opening to some of the country’s largest IBD’s.

Fully 50% of their total funding was just received when WisdomTree coughed up an additional $30 million to help fund the deal to purchase Junxure.

Does this acquisition, which has been calculated to eat up around $24 million, make sense? Or is WisdomTree overpaying for stale technology and a dwindling user base? 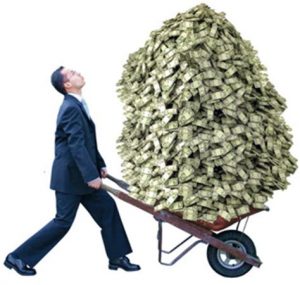 AdvisorEngine’s initial funding was a $3.25 million seed round right after their merger with robo-advisor NestEgg in 2014. Two years later, they landed a $20 million Series A from WisdomTree Investments, who shortly afterwards kicked in another $5 million to help AE buy practice management firm Kredible. And finally, WisdomTree coughed up an additional $30 million to help fund the Junxure deal.

Some pundits have argued that AdvisorEngine should not be considered a “real” wealth management platform since they so recently pivoted from digital advice.

That’s old fashioned thinking, especially considering how much easier it is to build and integrate software today compared to ten or even five years ago.  If you listen to as many podcasts about Silicon Valley and startup culture as I do, you’ll know that pivoting is not seen as a negative. In fact, some of the most wildly successful Internet products have been the result of a pivot (or two).

If you take a quick look at my recent article Comparing The Best Digital Advice “Robo-Advisor” Platforms For RIAs, you will find that AdvisorEngine is much more robust that their critics know or care to admit.

Junxure has seen their market share eroding over the past few years, mainly due to the entrance of Salesforce FSC into the advisor space. As recently as 2015, Junxure controlled 26% share (per InvestmentNews), but by June 2017 that had been driven down to around 20%, according to a survey done by Joel Bruckenstein’s Technology Tools for Today.

According to President Greg Friedman, Junxure supports around 1,400 client firms who collectively manage $60 billion in AUM, which is an attractive nugget for AdvisorEngine to try migrate onto their platform.  As industry guru Michael Kitces noted on his blog, “if AdvisorEngine can convert just 10% of Junxure users, that’s a $60 million dollar revenue opportunity, in a world where Junxure’s 12,000 users may have only been bringing $7 million of revenue or so. Cross-selling Junxure users on AdvisorEngine’s services (and pricing) is the real key to the acquisition deal.”

I’m just not sure that access to the Junxure users was the primary goal of this purchase.  AdvisorEngine was already able to pitch all of Junxure’s clients and probably has been pitching to plenty of RIA’s that use Junxure before this deal.

Every one of Junxure’s clients is already using another portfolio management system and AdvisorEngine still must convince them to unplug it and replace it with theirs. That’s not an easy task. And I can think of a lot of more productive ways to spend $24 million.

I think Rich Cancro had his eyes on a different set of users when he pulled the trigger. I think his near-term goal is to be able to compete for clients of the RIA market leaders Tamarac and Orion Advisor.

As I recently told Diana Britton from wealthmanagement.com, “it’s hard to diffecrentiate digital advice providers from one another, but AdvisorEngine’s acquisition of Junxure can help set them apart in the space.”

Envestnet snapped up Tamarac for $54 million back in 2012, who at the time had around 500 RIA clients managing $250 billion. But this is an apples to orangers comparison since advisors do not directly manage any assets in Junxure.  Envestnet did not have to migrate any clients and could immediately include all of the Tamarac assets in their own numbers. They kept Tamarac as a separate division ever since. (See Envestnet Expands Their TAMP Empire with FolioDynamix Deal)

Since the acquisition, Tamarac’s client base has increased to 900 RIAs and over $900 billion in AUM.  They claim to have 35% of all RIA’s with $1B+ AUM as clients.

One Tamarac’s biggest selling points is their end-to-end integrated platform. It starts with a CRM that is tightly connected to their portfolio rebalancing and trading engine (which was their only product when they started), a client portal, billing and reporting.  They built their CRM on top of Microsoft Dynamics and it offers robust features including workflows that can automate many operational processes. 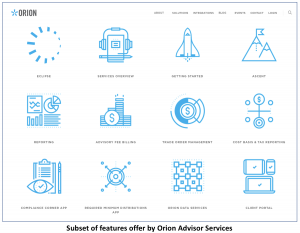 The vision here would be integrating Junxure in a Tamarac-like fashion that provides a seamless and elegant experience for advisors. It would have to be much better than what AdvisorEngine currently offers as part of their partnership with Redtail, which was launched in 2014 that streamlined onboarding and pushed new client data into the CRM.  (See Redtail vs Salesforce FSC: Which is the best CRM for Financial Advisors?)

“The digital advice space is becoming so tight and commoditized,” I continued in my comments to Britton, “and the vendors are realizing they can’t just offer the digital advice piece. They have to build out end-to-end wealth management offerings. CRM is a glaring hole, where they all just integrate, or they offer very, very light functionality, which is of very little value.”

Based on this logic, buying Junxure is more of a strategic move towards an end-to-end wealth management platform rather than an attempt to target their clients.

There can be significant benefits of having a platform where you own all of the components as opposed to being a single part of a loosely integrated environment.  (See The Battle for the RIA Technology Integration Hub)

Will owning Junxure give AdvisorEngine an advantage when selling portfolio management to their clients?  Or are they having trouble with larger firms crossing them off the they don’t have an integrated CRM?

The worst kept secret in the industry is how many companies that are competitors are regularly forced to be partners in another.  For example, custodians that offer their own RIA technology platforms compete directly with vendors who offer the same products, but they become partners on custody clients.

I don’t see AdvisorEngine dropping any of their partnerships or integrations with other CRM providers since they need to keep current clients happy. But if Redtail starts losing clients when they get access to Junxure “for free” as part of the AdvisorEngine platform, they certainly won’t be as enthusiastic about working together as they were in the past.

WisdomTree may have invested $55 million into AdvisorEngine and they would like them to win some business from Tamarac, but they also have to keep selling their 87 U.S.-listed ETFs and continuing growth of their $45 billion in AUM.

Vanguard Group Inc. boosted its position in shares of WisdomTree Investments by 3.2% during the second quarter of 2017 and now owns almost 11 million shares of the asset manager’s stock valued at over $100 million. Vanguard’s Personal Advisor Services hybrid robo competes with RIA’s that use the AdvisorEngine digital advice technology. It seems that everyone is hedging their bets.

As Joel Bruckenstein asserted back in 2016, “the AdvisorEngine / WisdomTree combo is one that strategically makes a great deal of sense.”  WisdomTree took a page out of the TAMP’s playbook when they launched the WisdomTree Advisor Solutions program last October, which they promote as a collection of tools to help financial advisors grow and scale their businesses.

I believe their strategy is to offer this program at a steep discount or even for free to advisors who invest in their products and strategies, similar to how TAMP’s give away their technology and ancillary services.  AdvisorEngine will still maintain an open architecture, but they will make it easier and possibly cheaper to invest in WisdomTree’s products through their platform. (See Can Retail Model Marketplaces Challenge TAMPs for Assets?)

I expect to see AdvisorEngine continue to build out their offering and eventually buy a portfolio rebalancing engine (perhaps their current integration partner, Smartleaf?) or build their own (as Orion did with their Eclipse product). (See Orion Advisor Tries to Eclipse the Competition With New Portfolio Rebalancer)

Then they might be able to compete head-to-head with Tamarac and Orion, but they still have a long way to go.

(disclaimer: AdvisorEngine has never been a client of my strategy consulting firm, Ezra Group.)