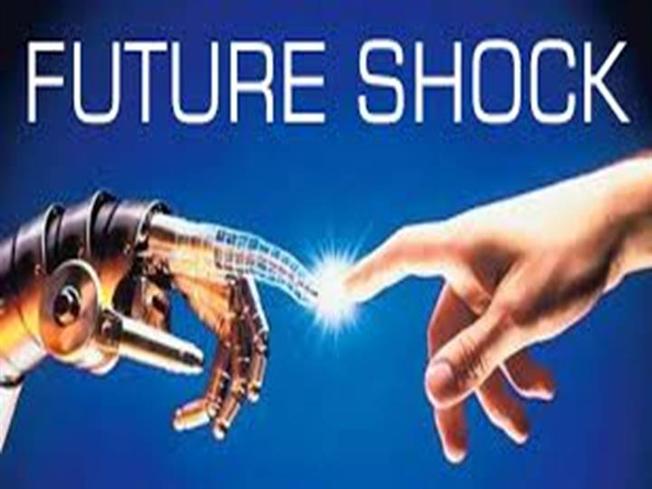 Future Shock: Ric Edelman Predicts The End of the World As We Know It

The world that financial advisors know is coming to an end.

The exponential growth of disruptive technologies will impact every aspect of human life and society, according to Ric Edelman, founder and executive chairman of Edelman Financial Services.  Advisors must adjust every service they offer in response to these changes or risk being left behind, he warned during his keynote presentation at the recent T3 Advisor Conference.

Continued increases in life expectancy and improvements in overall health and well-being should be forcing advisors to change how they handle financial planning, Edelman stressed. 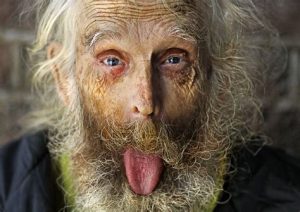 “Most of the advice you are giving your clients is wrong, fatally flawed and possibly criminally negligent,” Edelman admonished the audience.  This was primarily due to his prediction that your current clients could live to 120, but standard actuary tables, which every financial planning application uses, do not take this into account.

According to the latest statistics from the Center for Disease Control, the average life expectancy in the US for someone born in 2015 is 78.8 years, so Edelman is predicting some incredible medical advances coming right around the corner!

Edelman claimed that the first person who will live to 150 has already been born!  He should let the CDC in on this news.

As the US population creeps upwards towards 330 million, 35% of the population living past 90 means millions of potential septuagenarians and centenarian who will need additional retirement income and healthcare.

The Insurance Industry is Doomed

Edelman is an admirer and avid reader of technology visionaries such as Ray Kurzweil (Computer Scientist and Inventor) and Peter Diamandis (X Prize Founder).  I can see how he has been influenced by Diamandis, whose Ted Talk, Abundance is Our Future, has been viewed over a million times and makes a strong case for optimism in the future based on advances in technology.

If average life expectancy goes to 120, how does that impact the insurance industry?  If medical advances greatly improve general health and well-being, even into our 80’s and 90’s and beyond, what happens to the demand for long-term care?

The End of Retirement 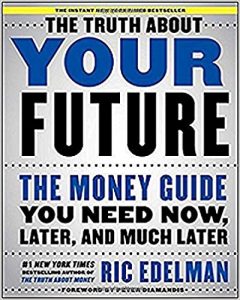 Another aspect of financial planning that Edelman called out was retirement.  He prophesied that we would see the end of traditional retirement due to the combination of longevity, better health and soon-to-be free college.

Yes, that’s right. Edelman says you can stop worrying about paying for college because it will soon be entirely free.  The author of The Truth About Your Future: The Money Guide You Need Now, Later, and Much Later also believes that we will move from the traditional serial path of college, career and retirement to a continuous cycle of lifelong learning.

By the time you’re 95, you’ll be healthier than you were when you were 55, was another of Edelman’s claims attributed to disruptive technology.  Even if this only partially comes to pass, people will be less likely to stop working if they are healthier, both physically and mentally.

Edelman says this change will mean the end of retirement as we know it. At least, no more mass migration to Florida at age 65 for those of us in the New York metro area.

As investment time horizons increase to 70+ years, compounding growth will create tremendous wealth for clients, Edelman stressed.  My oldest daughter is 23 and I just helped her open her first investment account.  If she lives to be 120, that money will have been growing for 97 years!

Rapid advancements in technology are already having an effect on what is being taught in college.  Half of what a college freshman learns is already obsolete by their junior year, Edelman insisted.  This isn’t literally true, since most freshman courses are introductory and usually cover the fundamentals, which do not change as rapidly, if at all.

However, “exponential technologies” like artificial intelligence, machine learning, big data, 3D printing, robotics, bioinformatics, bionics, and nanotechnology are continuously changing the way we live and work, Edelman pointed out.  It will be interesting to watch how colleges and universities react when larger percentages of students opt to begin their careers right after high school and continue their schooling through online sources.

Personally, I believe the days are numbered for a college degree being a requirement to get into the best white collar career paths.  Very soon we will see Fortune 500 companies announcing that a piece of paper with BS or BA written on it is no longer needed when applying for a job there.

And that will open the floodgates to the use of accredited online schools like University of Phoenix as well as completely free options such as Coursera.

Family structures are changing and estate planning must adjust accordingly, Edelman noted. The divorce rate has steadily increased over the past fifty years. In 1960, 72% of Americans were married compared to just 52% in 2008.

With 57% of divorced people eventually remarrying, a forgotten byproduct is the creation of step-relatives. 42% of American adults have at least one step-relative, Edelman explained, which means more complications when planning inheritances and other family issues.

Edelman asserted that the divorce will probably increase as life expectancy increases. Can you imagine staying married to the same person for 100 years, he asked?

Another aspect of estate planning that advisors are not addressing is the transfer of clients’ digital assets.  But this is much more than digital media such as photos, videos or audio files. Domain names, email and social media accounts themselves can have tremendous value.

From a post titled, A working definition of digital assets, on a blog called The Digital Beyond:

While ownership of the content and not the account might make sense, online profiles often represent much more than a collection of content. Sometimes the value is in the connections to other online accounts or the money making potential of an account.

Advisors should consult attorneys who have experience working with digital assets to help sort through ownership and transfer issues.

Investing: Out With The Old 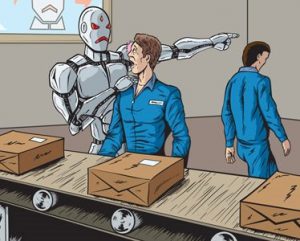 “Are you investing in the big companies of the past or up and coming ones of the future?” queried Edelman.  His implication was that most advisors are putting their clients’ assets into the S&P500 without exposure to newer companies developing products based on exponential technology.

There are only 50% as many public companies now as there were 10 years ago due to the explosion of regulation and private financing options.  This means that more and more clients of financial advisors have their portfolio being concentrated into fewer and fewer companies.

Edelman did some promotion of the iShares Exponential Technologies ETF (XT), which was an idea that he brought to BlackRock a few years ago.  When it went live in 2015, it became the second most successful ETF launch in history, he claimed.  I did some searching, but couldn’t find any verification of this.

Regardless of the initial success, the ETF has gathered more than $2 billion in assets over the past three years.

Advisors should follow disrupted technology, Edelman emphasized, whether it’s  Internet of Things (IoT), drones or wearables, since you don’t know where the next great investment opportunities will be found.

Speaking of exponential technology, another Edelman prediction was that by 2040, solar will provide 100% of the world’s power.  Advisors better be prepared to liquidate their clients’ positions in Exxon Mobile, assuming it is still in business then.

Some additional thoughts from Ric Edelman.

Over the next 10 years, 47% of all occupations in US will disappear, not just blue collar, but many white collar as well.  In that time, 2 million Americans will lose their jobs due to automation, but with retraining, most will get new jobs that pay more than the one they lost.

My favorite line that I keep telling my oldest daughter is that the job you’ll have three years from now probably doesn’t even exist yet. So don’t get stressed about what you don’t know!

The high cost of technology will drive many advisory firms to merge or be acquired over the next 30 years, Edelman proposed.  This happens to be my firm’s area of expertise and I disagree with this one.  The value that is being delivered to wealth management firms from their vendors has been growing by leaps and bounds every year.  The bang for the buck is tremendous.

Many advisory firms that do not continue to innovate and offer new products and services will lose business and eventually be acquired or forced to merge.  But I don’t believe it will be due to the cost of technology.

“We develop investment strategies based on compounding interest, but ignore the effects of compounding in other areas of our business.”  This was in reference to technology as well, implying that firms are not considering how it can impact their bottom line.

And finally, this had to be Edelman’s best quote of the day in reference to the impact that the technology underlying Bitcoin will have on the world:

“Fire, The Wheel, The Internet, The Blockchain”

It’s impressive that Edelman can cover so much ground in such a short time.