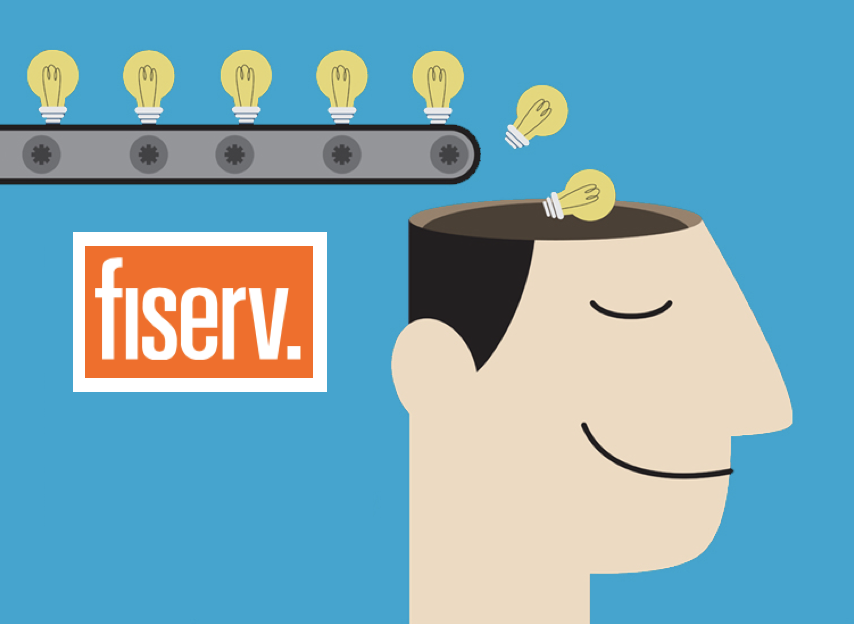 The future impact of emerging technologies on banking and wealth management were a continuous theme throughout Fiserv’s annual client conference, called Fiserv Forum, which was held last week at the Venetian Hotel in Las Vegas.

Artificial intelligence, cybersecurity and the rise of China in mobile payments were hot topics covered by multiple speakers and panel discussions at the conference.

I pulled together some of the more interesting ideas, statistics and quotes related to the wealth management industry, which was represented at the event by Fiserv’s Investment Services division.

Good advice from Lynn McCreary, Fiserv’s Chief Legal Officer, and one of the many strong female leaders participating in the Fiserv Women’s Summit.

"My super power is working hard." "Feminism is not an individual sport."

When Sallie Krawcheck says that her “superpower is working hard,” I see this as having two meanings. The first is that nothing worth getting is going to come to you easy or for free. She didn’t rise to become the Head of Wealth Management of two wirehouses by sitting around and waiting for things to be handed to her.

Second, I believe she is re-interpreting a famous quote attributed to Thomas Edison, “Opportunity is missed by most people because it is dressed in overalls and looks like work.”  Many people try to avoid working too much and prefer to just get by with minimum effort expended.  If you continually put in more hard work than your peers, you will be seen as super human by comparison.

In a recent interview, Krawcheck advised women not to spread their efforts across too many projects if they want to get ahead. You need to learn when to say, “no.”

“Networking is knowledge” – @SallieKrawcheck, CEO and Co-Founder of @Ellevest, inspired the audience at the Leading Women Summit. #fiservforum pic.twitter.com/OmBPqUsdBY

Another wonderful nugget of wisdom from Krawcheck. It’s not what you know, it’s who you know. You will not find the best employment opportunities with the best salaries on a job board. You will find them by building and maintaining a robust professional network.

71% of #financialservices firms believe that #ArtificialIntelligence will have the face of their firms! @jeffyabuki @Fiserv #FiservForum #TheFutureIsNow pic.twitter.com/by0P2uJdT1

According to stats cited by Fiserv CEO Jeff Yabuki, 71% of financial services firms believe that artificial intelligence is capable of one day becoming the face of their brand.  I believe this means that the primary means of interacting with customers will be through some form of AI-enabled interface.

While there may be 800 million (or more) workers displaced by artificial intelligence by 2030, another stat presented by Yabuki was that 2/3 of executives expect AI to create net job gains.

Many of these new jobs that will be created either directly or indirectly by AI don’t even exist now.  For example, workers with sociology and psychology degrees will be needed to help AI-enabled applications and machines interact with humans more effectively.

It reminds me of a scene from the movie I, Robot where a police detective, played by Will Smith, is speaking about robots to a scientist, played by Bridget Moynahan:

Speaking of making robots more human, a company called FaceMe was demoing their AI powered human-like interface, which they named Sophie. Sophie responds to voice commands, can be connected to your bank and has been programmed to answer questions such as “What is my checking account balance?” and can execute commands like “Please pay my electric bill.”

Another reason for wealth management firms to start planning for integration of AI solutions into their digital advice channels.  Clients will not be satisfied with the old ways of doing business.  Even if old only means last year.

Last year, there were $150 billion of mobile payments made in the US, but in China it was $15 TRILLION! @JeffYabuki #FiservForum pic.twitter.com/ZgZsuTe5je

The difference between $150 billion and $15 trillion is 100x or two orders of magnitude.  A similar comparison would be the US economy ($20 trillion) versus the economy of Iraq ($200 billion).  That’s how far ahead China is in mobile payments.

The tremendous chasm in mobile usage between China and the US has enabled the Chinese technology sector to sprint far ahead.  While five years ago China was just a follower and quickly copied US technology innovations, now in mobile, the student has become the teacher.

Yabuki showed a video that demonstrated the depth and breadth of functionality in the WeChat app.  It is like Facebook+Twitter+WhatsApp+Yelp+Uber+Venmo all rolled into one. Users can chat with each other, find a restaurant, call a ride share to get there, order their food, pay for it, take photos, post a review, and much more.

China’s three major internet companies — Alibaba, Baidu and WeChat’s parent Tencent — have developed an all-in-one approach to app development, which is the opposite of US-based firms, which typically emphasize simplicity in their apps.

Is this the future for US mobile apps?  There is already integration between Google Maps and Uber and Facebook has been adding features to Messenger such as payments (Paypal), restaurant search (OpenTable) and travel planning (Kayak).

Photographer “Platon” on How to Make a Difference

Platon is a world-famous photographer who was one of the keynote speakers at the conference.  He shared a number of his most famous portraits of world leaders and celebrities and the stories that went along with them.

The photo of former President Bill Clinton was the first he shot of a US president. It was published on the cover of Esquire magazine and wound up launching his career.

@platon gave an inspiring message about humainty , leadership, inclusion, and self reflection. Who are you really? What change or effect on society will you have? Powerful #emotionthroughphoto #fiservforum pic.twitter.com/1PXldBtIkX

Platon took the last photograph of boxing great Muhammad Ali before he passed in June 2016.  Parkinson’s Disease had robbed his muscles of all their strength to the point where he could no longer even lift his arms. But when Platon setup his camera, Ali managed to raise his arms to the pose shown in the photograph.

"If you don't life change, you will like our irrelevance even less." — General Eric Shinseki @CherylNash2 #FiservForum pic.twitter.com/3L7MUx6Cxp

My fingers were going too fast on my laptop during Cheryl’s presentation and I mistyped this quote.  It should read, “If you don’t like change, you will like irrelevance even less.”  Another way of expressing the concept that change is inevitable, so you best be prepared for it.

I think the order of these techs can be adjusted a bit. AI is definitely #1, but I believe cybersecurity and big data will have a more immediate impact than things like iOT or robots.  I’m a big proponent of Blockchain and cryptocurrencies and I agree that the effects on every aspect of financial services will be huge.

Speaking of cybersecurity, Fiserv added a CyberSecurity Summit to Forum this year and it was a very popular option among attendees.

State-sponsored hacker armies have been relentlessly attacking wealth management firms and successfully stolen more money than all armed robberies in history and they don’t need guns or masks.

It’s widely believed that North Korean hackers were behind a $60 million theft from Taiwan’s Far Eastern International Bank in October 2016, for example.

Wirehouses and other large financial services firms are spending top dollar to hire security experts with government experience to run their own cybersecurity operations.

Last year, Morgan Stanley hired Rachel Wilson to become the head of Cybersecurity for Wealth Management Technology at the bank.  Wilson had previously spent 15 years with the National Security Agency including a stint running their counter-terrorism operations.

#QOTD from my #payments session at #fiservforum yesterday: "The bad guys have kids to put through school too, you know". @Fiserv

North Korea employs over 7,000 people as full time hackers whose jobs are to generate hard currency by breaking into accounts at banks, wealth management firms and cryptocurrency exchanges. The secretive nation cultivates elite hackers much like other countries train Olympic athletes.

“Once you have been selected to get into the cyber unit, you receive a title that makes you a special citizen, and you don’t have to worry about food and the basic necessities,” says​ a defector familiar with North Korea’s cyber training.

Robos are changing the basis of competition, but not the landscape, robo AUM has not taken off the way many expected — Zohar Swaine #Fiservforum pic.twitter.com/bboIM9Ykm7

US total investable assets are closing in on $40 trillion, but robo-advisors have captured less than 1% of that with Vanguard controlling more than half of all digital AUM themselves.  At this rate, the rosy predictions of $2 trillion in assets for robos by 2020 seems far-fetched.

Another good reason for wealth management firms to start planning to integrate AI tools and technology into their existing infrastructure.  Clients will be looking for experiences they feel most comfortable with and will slowly begin to reject those that do not match up to what they have in retail.

This statistic surprised most of the panel’s audience.  I believe most of us thought the percentage of self-directed investors would have risen over the last five years.

This is a sad commentary on the state of our society, but something every firm has to deal with if they expect to connect their customers and help them get the most out of their relationship.

Many banks do not seem to think this way.  Perhaps it’s because only 6% of bank board directors have any technology experience, according to Chris Skinner?

Prepping for our panel tomorrow on how to Kickstart Your Wealth Management Offering with @TirdadShojaie and Eric Clark at #FiservForum @Fiserv pic.twitter.com/WqcXDy4b7B

I’ll have a separate blog post to review our panel, where we discussed questions such as:

When nothing is certain, everything is possible. Great leadership discussion with Payton Manning. #fiservforum pic.twitter.com/36i3EQOwOj

Peyton Manning is a tremendous speaker and has the ability to command a room of 5,000 people just as easily as he did a huddle of 10 football players.

Having heard Manning speak before, one of my favorite stories of his is from when he was at the University of Tennessee. At the time, he was just a raw freshman pressed into emergency duty when their starting quarterback was injured in a game against UCLA. Manning tried to inspire his huddled teammates with an impassioned speech. It was cut short when a senior offensive lineman barked at him, “Just call the %&$ play!”

The mark of a true leader is knowing when your team needs inspiration and when they just need direction.