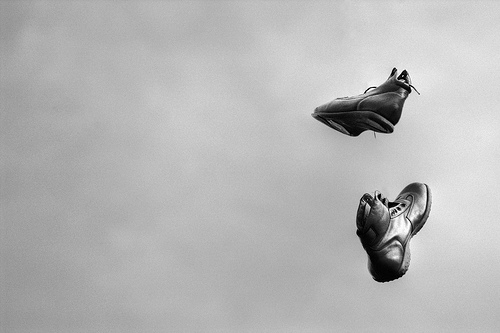 Waiting for the Other Shoe to Drop: After Motif Closes, Which Roboadvisors Will Survive?

We’ve all heard the old adage that success is 10% inspiration and 90% perspiration or some similar combination. Everything I’ve ever read about successful businesses backs up this ratio. One successful entrepreneur went so far as to say that a great idea gets you only 1% of the way to success.  The other 99% comes from the sweat equity of execution.

Motif was founded in 2010 by Tariq Hilaly and Hardeep Walia, a former executive at Microsoft, as a digital investing firm based on a great idea they had.  That idea was to give individual investors access to baskets of stocks that were grouped together in themes, or motifs.  Their idea also leveraged AI and Big Data to identify trends and dynamically build new motifs to take advantage of them. Hilaly left Motif in 2013 to found a data-driven benefits platform called Lumity. 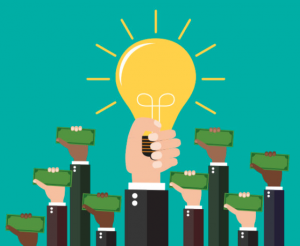 Motif stayed in business for a decade and attract over 350,000 customers.  But it wasn’t enough.  Last week Walia announced that Motif was shutting down and all customer accounts were being transferred to Folio Institutional.

The conventional wisdom is that they were a victim of the economic crisis brought on by the coronavirus global pandemic. We won’t know for sure unless Walia provides us with the details.

What we do know is that after taking in over $126 million in venture capital funding, Motif only managed to gather $18 million in discretionary investor assets.  I hate to pile on when someone is down, but this is not the performance of a company that was on a successful trajectory!

They did get some traction on the institutional side with their Motif Capital Management subsidiary which pulled in $586.3 million from banks and $264 million from Goldman ETF models. A small asset manager that was bootstrapped by their founders might have been able to muddle through at these asset levels.  But one that took $126 million from VC’s would have difficulty surviving.

I’m not picking on Motif here. I also think their larger competitors, Betterment and Wealthfront, could also have a hard time paying back their VCs. Not because they can’t gather assets. But because it might be difficult to gather enough assets to justify the valuations their investors expect. This is the main reason why they’re looking for additional revenue streams in lending and banking. 25 to 40 basis points isn’t enough to pay the piper. (Full Disclosure: I have small accounts at both Betterment and Wealthfront.)

While Motif launched a robo-platform in 2017 for advisors to deploy their own digital offering, they did not have an automated investment service that would compete with the B2C roboadvisors.  They were also about three years late to this game since Betterment for Advisors came out back in 2014.  Maybe this was one too many pivots for Motif?  (See Are There Too Many Roboadvisors? with Michael Kitces)

Victims of the Crash 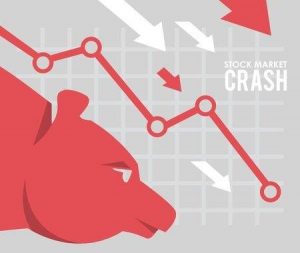 According to Apex Clearing CEO Bill Capuzzi, his firm saw a 200% increase in new account opening in March (650,000). A majority of their clients are fintech firms such as Wisebanyan, Tasty Trade and John Hancock among many others.  (See #ItzOnWealthTech Ep. 46: The Mad Rush into Digital Advice with Bill Capuzzi)

Conventional wisdom is that a market crash chases skittish DIY investors out of the market and eventually into the hands of a financial advisor.  According to Bankrate, almost a third of investors polled during the initial market bloodbath panic sold some or all of their holdings.

Since Motif only had $18 million in investor assets, there wasn’t that much revenue coming in.  At 50 bps, that’s only $90K.  Even if a third of them liquidated their accounts last month, it wouldn’t have precipitated closing the company.

I’m guessing that either Walia had run out of money or he realized that he wasn’t getting any traction and decide to close and return whatever funds he had left.

Why did Motif close when roboadvisors have been pulling in assets hand over fist during the coronavirus crisis?

“The Robinhood effect killed them,” stated fintech advisor Efi Pylarinou.  A better term would be the “Schwab” effect since they were the ones who caused the tidal wave of competitors to drop all trading commissions last year.

Motif was a cross between roboadvisor and DIY investing platform, and investors couldn’t understand their value. The term “motif” never caught on as a term used anywhere else but inside their company, which is another example of their lack of impact on the industry after the initial wave of enthusiasm died down. 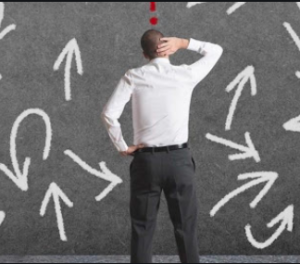 The industry also caught up with some of the innovations that made Motif special such as fractional ownership and low-cost direct indexing, Pylarinou explained.  These were exciting developments in 2015, when industry gurus like Michael Kitces were comparing Motif favorably to Wealthfront and Robinhood.

Kitces stated that Motif and Wealthfront were part of a revolution that he referred to as “Indexing 2.0” solutions.  He believed that had the potential to disintermediate index ETFs and mutual funds altogether, potentially saving investors an entire layer of middle-man costs.

When any business has a good idea, you can be sure that it’s going to be copied.  Whether it’s computers, software, smartphones, automobiles, music, fashion or automated investing services, it happens in every industry.  It’s an unfortunate aspect of success and for a company to survive, this must be anticipated and the risk to revenue from copycats must be mitigated by continual innovation.

Carrie Kerpen, CEO and co-founder of digital agency Likeable Media, described how she deals with competitors who copy her ideas:

Folio Investing had already copied Motif Investing with their Ready-to-Go-Folios and a much cheaper price, Pylarinou explained. When she spoke to Walia back in 2016, he was already concerned about a Chinese copycat site MotifInvesting.net that had launched with the same dashboard.

It’s easy to say that they should have sold the business a few years ago at the height of the market, but not everyone starts a business in hopes of selling it. Some people start businesses to solve a problem.

Which Roboadvisor Will be Next to Fall?

From ThinkAdvisor, Motif’s Shutdown Seen as ‘Tip of the Iceberg’: 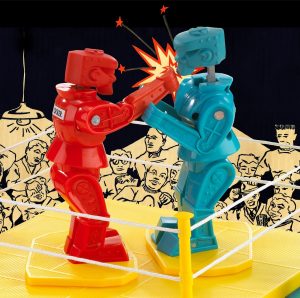 Ezra Group CEO Craig Iskowitz, says that “many closing announcements” are to come. “We’ve seen exponential growth in the number of companies trying to squeeze into this space, especially around digital advice,” he explained.

Motif, Iskowitz adds, is an example of a firm with “an innovative idea that gets traction but eventually hits a wall.  Building a viable business that lasts is not easy. … There were just too many obstacles for them to overcome.”

We performed a quick market scan to update our roboadvisor rankings and came up with 38. We divided them into three groups: Market Leaders, Up & Coming and Watch List.  Market Leaders include the top vendors focused purely on investing, such as Vanguard and Schwab, along with the micro-investing and other apps like Acorns, Stash and MoneyLion (which is primarily banking and lending).

While roboadvisor offerings from Vanguard and Schwab still control the lion’s share of the market, with $148 billion and $43 billion in AUM, respectively, the app-based service providers have made huge gains in sheer numbers of paying customers.  The three app providers combined have 15+ million customers. Just for comparison, Vanguard reports 30 million investors. (See Acorns: We’re Not Just Gathering Assets, We’re Building a Brand)

Just to digress for a minute, how much longer can Vanguard remain the market leader when their technology is so old? They still require paper forms to be faxed to open a new account! Isn’t this 2020?  There’s a few new generations of investors coming up that aren’t going to put up with this. They’re start with one of the apps and never leave as their assets expand and the apps increase their products and services. (See WealthSimple Tries to Breakout of the Canadian Market with $100 Million from Allianz)

The Up & Coming group contain roboadvisors that are part of large financial services firms, such as Merrill Edge and Fidelity Go, and those that have enough AUM, customers and/or funding to weather the storm, such as Blooom and SoFi Invest. (See Acorns vs. Stash: Why Micro-Savings Apps Are The Wave of the Future)

I have to admit I was surprised by a few of the Up & Coming vendors that had not appeared on our radar in the past.

The Watch List is mostly firms with less than $1 billion AUM who I believe have a high probability of shutting down or being acquired due to the pressure from the current crisis. There’s also some bigger companies with issues:

Ellevest has been around since 2014, yet just recently passed $500 million in AUM, sluggish performance which has made some her investors understandably upset.  I never understood the business model of only targeting investors based on their gender and a number of other firms trying to do the same thing have already closed up shop.  Yet, surprisingly, CEO Sallie Krawcheck was able to raise another $33 million in a new funding round last March.

Their pivot from mass affluent to high net worth also is a head scratching move for a roboadvisor, especially one that plans to charge 90 bps!  I work with a HNW RIA that builds bespoke portfolios for their clients including hedge funds and other assets and provide concierge services, yet only charges 55 bps. They went from nothing to over $100 million in their first year and have less than 10 employees. In 2018, Acorns had 150 employees that supported over 3 million accounts.

The most recent ADV for Ellevest lists 82 employees! What are all of these people doing all day?

SigFig has some premier clients like Wells Fargo, but hasn’t made any announcements of new deals since they closed a funding round in 2018. They’ve done well in the bank sector, but have struggled to make headway in wealth management. I would expect one of the larger platform vendors or a financial services firm to buy them for their technology and then try and cherrypick key managers and developers. (See The Jedi Masters of Client Experience)

Instead of going to Folio Investing, one product review site suggests that Motif customers could go to M1 Finance. At M1, investors trade baskets of securities called Pies. These are composed of stocks and ETFs. It’s possible to trade broker-constructed Pies or build your own.

M1 Finance supports fractional shares since it’s possible to put a single stock or ETF into a Pie, which means less than one share can be traded.  Another advantage of M1 is zero monthly fees and zero commissions.

Which Roboadvisors Will Survive?

There were public eulogies for Motif from some of their fans. Hedge fund manager Pietros Maneos wrote:

This really hit me hard, as Motif is by far my favorite investing platform.  Furthermore, its sophisticated tracking of individually created funds (motifs), allowed me to display results of my investing progress and decisions.

Some industry pundits, including Michael Kitces, saw Motif’s direct index portfolios as a potential disrupter not of advisors, but of ETFs, mutual funds and other pooled investment vehicles. I expect more roboadvisors to offer similar direct indexing products as more investors realize the advantages to their portfolios.

Mike Roach, CEO of Canadian IT Consulting Firm CGI, once stated that “Strategy without execution is hallucination.”  This might sound harsh when discussing a company that stayed in business for ten years, but the market doesn’t play favorites and shows no mercy.  Creative destruction is the driver of a robust capitalist economy and Motif was added to the long list of innovative companies that couldn’t keep pace.