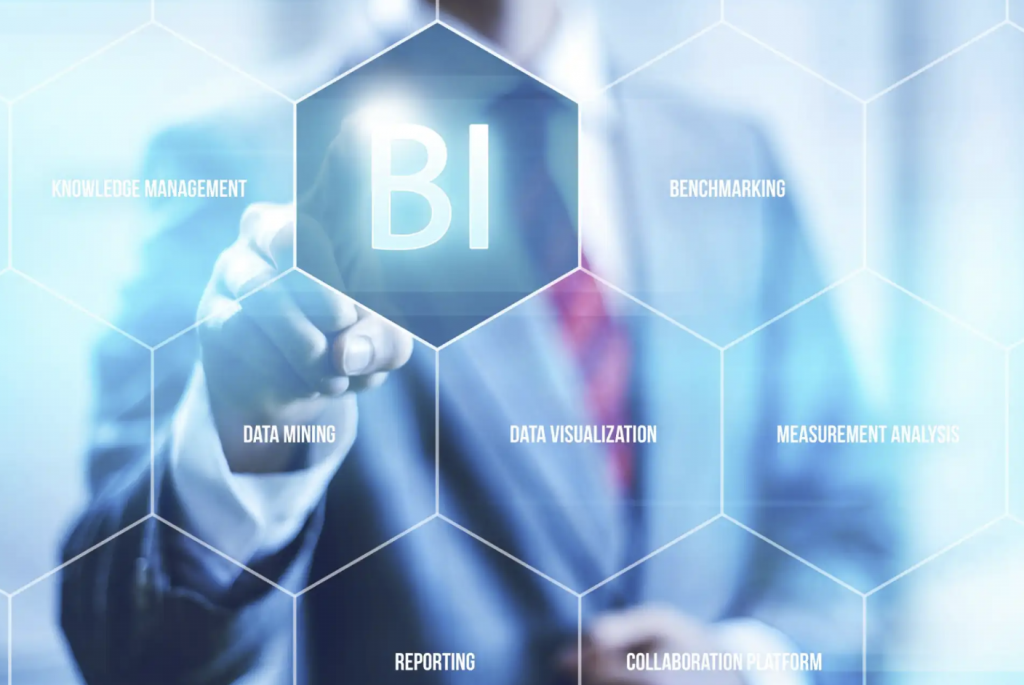 How BI Can Help Tailor Your Business Results

“Bad data is the fruitcake nobody wants to eat.”

How much revenue does your firm lose every year due to poor data quality? Bad data is responsible for around $15 million per year in business losses according to Gartner Research— but 60% of firms surveyed didn’t know how much bad data costs them because they weren’t measuring it in the first place.

Taking advantage of tools which provide actionable insights — such as business intelligence (BI) — can go a long way towards saving money and supporting growth by utilizing the vast reserves of data that already exist. Many companies are unwisely leaving their data to collect dust rather than leveraging it to spur efficiency, with only a quarter of firms worldwide using BI to help guide their decisions, according to BI software provider Wiiisdom.

Managing will only become a more daunting task, as every year the world generates more data than ever before. In 2020 alone, the International Data Corporation estimated that 59 zettabytes of data were created, captured, copied, and consumed. That’s enough to fill about a trillion 64-gigabyte hard drives.

This article focuses on Wittich’s contributions based on her significant experience in fintech and incorporation of BI into company practices. Her years of work with a wide range of firms have informed her views on the importance of company culture in maintaining good BI practice.

Just as a specifically designed and carefully crafted style is needed to make a good suit, a consistent and clear company culture is required to maintain healthy data practices.

“We believe in a culture of transparency and empowerment,” Wittich explained. “That’s very different than in wealth management, where you have written supervisory procedures and you have a manager dictating what you’re doing every day.” In 2016, BetterWorks released results of a survey in which 92% of employees said they’d work harder if they knew their company’s goals — and 40% of employees admitted that they didn’t understand how their work supported the overall functioning of the firm.

Building a culture of transparency and empowerment means that all employees understand how their job fits into the organization and have the skills and agency to do their work independently and efficiently. Technology firms aren’t directly regulated, so there is no regulatory driver of how data should be handled and an inconsistency in how things are put together — like a tweed jacket with tuxedo tails and an uneven lapel.

This inconsistency often results in data management issues that you wouldn’t see elsewhere, especially in handling personally identifiable information (PII). When making a luxury suit, you need to have not just a great designer but also excellent seamstresses who can execute the design to perfection. Without a great seamstress to put it together, the suit is just a pile of cut fabric on the floor.

For fintech firms, Wittich highlighted a lack of middle management holding them back. These companies have experienced senior management combined with very young programmers and other staff with nobody making sure everything works or is done right.

If the seamstress making the suit is inexperienced and has no knowledgeable support, there are sure to be holes left and mistakes made. When conducting audits of software companies, Wittich often finds that holes in processes and procedures expose their clients’ PII. Without regulatory guardrails forcing issues like this to be caught in development, these gaps appear much too often. And they are not cheap to patch up– according to a recent IBM study, a data breach’s average cost  per company increased 13% from 2020 to a staggering $4.35 million in 2022.

Wittich said that she most often sees this type of oversight in the smaller fintech firms she works with, especially those just starting out. Most often the lack of experienced data management comes down to a lack of funds to hire the right people. “With data governance, often they’ll have a part-time Chief Security Officer or Chief Information Security Officer, or another executive performing these roles in addition to their primary role,” Wittich noted. To prevent data breaches, she strongly urged fintech firms to fill these key middle management roles.

A recent McKinsey study of more than 600,000 professionals found that high performers are 400 percent more productive than average ones. Those top employees have a very different process from the average and require different functionality from their software. And since these groups have widely different needs, it’s important for software companies to know their target audience.

Though it may be tempting to create solutions to support those high performers even more, Wittich cautions against tailoring a software to a small percentage of users and then handing it to a large group for whom it was not designed. Firms need to decide if they want to cater to the many or to the top few when designing software and then keep that group front of mind when making decisions.

Just like a tailor takes precise measurements of their customer to make sure the patterns will be the exact size for a perfect fit, executives need to take stock of the specific needs of the users they are trying to support most.

Wittich recommends that firms ask themselves, “are you building out a platform that is going to enable your best producers to be even better? Or are you looking to cover the masses and then setting those expectations?” If a firm wants to support their mid-tier advisors but relies mostly from their best performing advisors to drive revenue, they will end up with a solution that doesn’t work for most of the people using it.

As a veteran in the use of BI by fintechs, Wittich has seen lots of mistakes, some of which have huge consequences. Clear labeling is necessary to make sure all the fabric elements of a suit are sewn together in the correct layout, or one could easily have a pant in place of a sleeve. Data elements must be similarly labeled, to ensure that everyone at all points of the process are on the same page.

Wittich told a story of a firm where employees were, “taking data out of the core platform which didn’t have the right identifier. So what ended up happening was we reported every transaction twice.” As a result of this mislabeling, the firm double-billed all of its clients, and the mistake found its way into one of their pitch books and double-stated their revenue. Besides being an embarrassing situation, these compounding errors can have a serious impact on a firm’s ability to obtain and retain clients.

One pattern, fabric, or style doesn’t need to be just for one client– tailors reuse these elements to save time, resources, and money as well as creating a consistent brand. Wittich highlighted how useful BI can be for firms that are already API-driven. “There are so many cool tools out there,” she encouraged, “They don’t need to rebuild their APIs on a daily basis. You build it once and repurpose it many times.”

More and more firms are taking on an API-centered approach, with a recent study by API integration platform Cloud Elements finding that 83% of global firms consider API integration to be a critical part of driving digital transformation initiatives. And for those firms that aren’t already API-centered, Wittich strongly recommends making the leap. “If they’re not API driven, they have to be API driven,” she cautioned. “That would be the most important thing that I would say.”

Shifting APIs towards the center of a firm’s technology infrastructure will enable BI to reach a wider audience. Wittich recommends hiring more middle managers with the necessary skill sets to put the correct data controls in place to take full advantage of BI’s potential to transform their business.