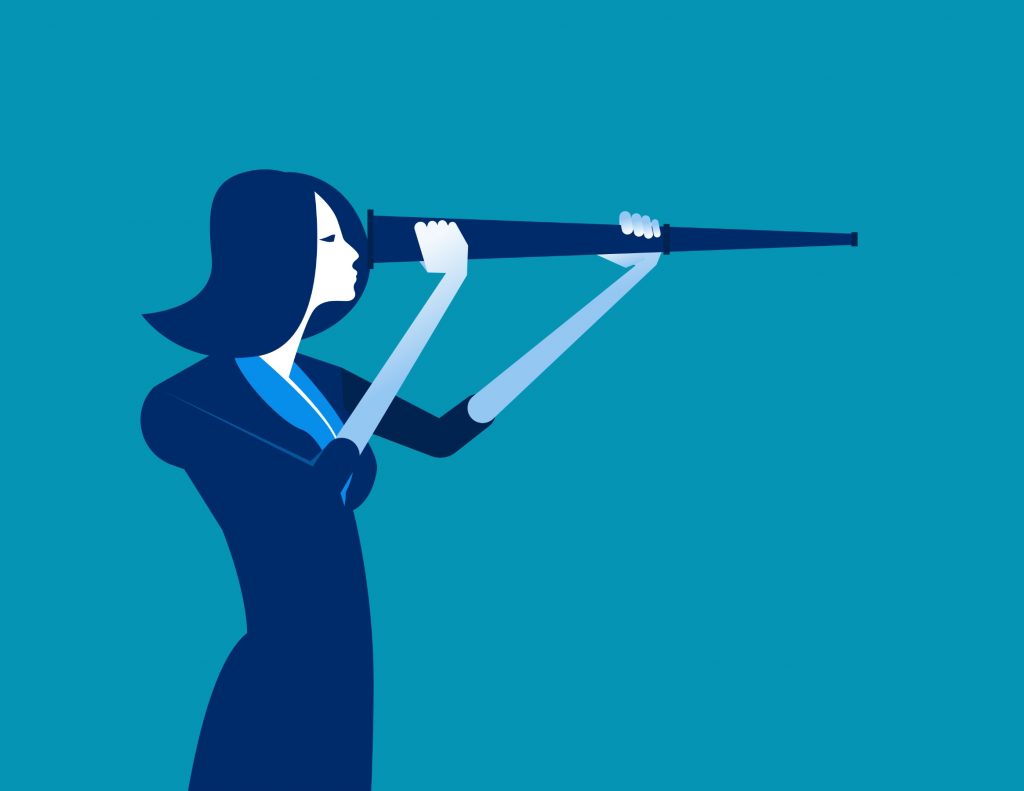 Where Are All the Men?

More women than ever are joining the financial services industry in 2022, yet they are struggling to progress up to higher levels in the industry. Only 1 in 5 C-Suite executives in asset management are women, despite the fact that there are similar numbers of men and women in entry-level positions. This leaky pipeline up the power chain continues to leak valuable talent out of the industry due to a continued lack of focused support for women in financial workspaces.

After attending a panel about women in finance and noticing that almost all the people in the room were women, Sheryl Hickerson, founder and CEO of Females & Finance, was inspired to create her own session at the Riskalyze Fearless Investing Summit promoting women in wealthtech. The twist? The panel was all men.

Hickerson believes that getting men in on the conversation and gaining their support is the only way to move gender equity in the industry forwards, so she invited David Wood, Founder and Chief Visionary Officer of Gateway Financial Partners, Scott Heinila, Regional Director of the Producers Choice and Craig Iskowitz, Founder and CEO of Ezra Group, to Females and Finance’s first “manel.” The group discussed the current state of gender disparity in the industry, their experiences supporting women in their own companies, and the most important changes the industry needs to make to move forwards.

Every company has a ‘women’s initiative’ of some sort, but not many provide a clear effort towards bringing men into the conversation on gender disparity in the workplace. To fill this gap, Hickerson’s organization decided to start a Male Allies Network– or MAN Initiative. All the men on the ‘Where Are All The Men?’ panel are members of MAN and were referred by a woman in the organization. While more men are getting involved in addressing gender equity, there is much more work to be done. “We’re only going to get better if we include men in the trajectory of change versus segmenting them out,” she concluded, “We get further faster with them than without them.”

Hickerson described a conversation she had with Dr. Preston Cherry, the Director of Financial Planning at the University of Wisconsin Green Bay, where they discussed the best way to create working groups focused on the obstacles minorities and women face in the industry. Dr. Cherry suggested that while he understands why people have the urge to separate out to solve their problems, he argued it’s better not to allow people to self-select themselves out, but rather provide a space for them to come together as a group and make things happen. As men are often the major stakeholders in the industry, Hickerson pointed out, it’s hard to make any progress without their support.

Put Your Money Where Your Mouth Is

While there is a lot of talk about changing hiring protocols to diversify company demographics, this is only the start. Hiring more women is a diversity requirement, Iskowitz argued, but they must be sponsored to help them grow so they don’t stagnate and leave the industry. He recalled a conversation with Christina Townsend, Head of Platform Strategy at Pershing, where she explained that, “women are over-mentored but under-sponsored. A mentor is just a nice relationship, but a sponsor is the one who’s going to move the needle for you.” While women are being hired at an entry level into financial services at a similar rate to men, their representation falls off at every point in the corporate pipeline. Only 8.2% of CEOs in the Fortune 500 are women, while 64% of C-Suite executives across the board are white men.

Iskowitz advised having a plan to help all members of your company grow, but creating more in-depth plans for women to counteract the additional biases and barriers they face. He argued that women are taught from a young age not to take risks and to avoid failure therefore one of the best ways to support them is by building a company culture that encourages employees to try new things and doesn’t punish people for mistakes. “Encourage them, ask them what they learned from the failure, and focus on improvement,” Iskowitz concluded.

Hickerson expanded on the roles that mentorship can take, telling an anecdote of a time she was asked by a junior employee to fetch the lunches for a board meeting. Her mentor immediately stepped in, telling the employee that he was in the wrong and insisting that Sheryl’s job description doesn’t include taking care of grown men. Having outspoken allies set rules and boundaries can be a big support for women more than advice alone.

Moving Up The Support Scale

This kind of support would be considered ‘advocate’ support on the Ally Continuum Heinila and Hickerson illustrated to the audience. The scale starts at ‘aware’, with someone having general knowledge around the issues another group faces, and moves to ‘active’ where they are starting to make changes in their own behavior and becoming more proactive in their education. The top ‘advocate’ level is reached by going out of your way and working to create systemic change for the benefit of the other group.

Making sure men feel comfortable in the conversation and encouraging them to engage is the first step in promoting women in the industry. The one of most important questions, according to Heinila, is “if you have a male ally who is aware, what do they need in order to reach the advocate level?” Hickerson emphasized the need to offer men who are aware but perhaps not yet active the space and grace to become more involved, rather than pushing down on them and risking alienating them from the cause.

Looking at the Man in the Mirror

Studies have shown that women are promoted at much lower rates than men when those in charge do not believe that gender bias exists. By simply acknowledging the possibility of bias within themselves, it has been shown that women and men are promoted at more equal rates. Combating personal biases is a great place for individual men to start making changes. “I’ve even made the mistake of referring to the client as the husband, assuming the spouse is the female,” Heinila admitted. “Well, let’s eliminate those biases. And working towards that is how we’re going to achieve what we’re all having this conversation about.” And making those changes can have big gains for everyone — McKinsey estimates that true gender equality could raise the global GDP by $28 trillion.

One of the major pitfalls companies fall into when hiring is mistaking candidates who look similar to themselves as the most qualified. Linda Wittich, CEO of Top Line Focus, pointed out from the audience that often when start-ups are in the building process, the founding members will default to hiring people most like themselves assuming that having similar minds in the space will be more efficient in the short-term. “They wouldn’t actually say it,” she maintained, “but when they go through the interview process and there’s females or there’s other candidates, they still hire the white men because of the experience and results.”

As a way to counter this, Wood offered focusing on how different people–and different genders– often bring different skill sets which complement each other. At his firm, they do special assessments to determine each employee’s working style to help them figure out how they can best work together as a team. For example, financial services used to be a sales culture, but is now much more about client experience and client relationship– areas where women tend to excel, Wood pointed out. “There’s conflict between people that work differently,” he admitted, “but when you understand that conflict you can work through it and appreciate it and then give each other what they need.”

If men really care about promoting women in the industry, the best place to start is in their own companies. “My joke is that I don’t believe in gender diversity — all my senior leaders are women,” Iskowitz volunteered. It wasn’t intentional, he added, but it happened to be women who showed themselves the best so that’s who he hired. By opening himself to the possibility that female candidates could out-do male candidates — not just in one, token position but across the board — he was able to demonstrate that this is a viable way to build a successful business team.

When women receive less compensation for similar positions as men, it is sometimes due to their reticence to negotiate their salary. “Negotiation was one of the skills I tried to teach my daughters,” Iskowitz remarked. “Women are raised to be less assertive and more agreeable, which is why men usually negotiate and women don’t.” Studies have shown that men are four times more likely to initiate salary negotiations than women, leading to often hundreds of thousands of dollars lost over the course of the career. What can men do to help? When job listings openly wrote that the salary was open to negotiation, female candidates engaged in that negotiation just as readily as men.

Hickerson added her own story of the power of personal advocacy, recounting how her father told her she should always take her seat at the table. This is both a figurative and literal expression. “He said every time there is a place to sit at the table, take the seat,” she recalled. “They’re never going to invite you, because you’re a girl.” Now that she’s risen in the industry, Hickerson makes a point to invite the women around her to come sit at the table when she notices them hanging back along the wall, waiting. “It’s the abundance mentality,” she posited.

Coming Together to Move Forwards

By centering the conversation on how women and men can come together to support women in financial service, we can hopefully forge a wider and faster path towards gender equity. Having frank and direct discussions across gender lines is a valuable tool for highlighting bias and patterns, and developing individual and company-wide methods to counteract them. Gender equity is an issue for everyone, not just for women, and we hope to see and participate in many more conversations like this one in the future.

PrevRunning Up the Score: How Predictive Analytics Gives You an Advantage Over Your Competitors
Ep. 173: How the IRS Can Help Advisors Onboard New Clients, with Charles Almond, Tax Status and Jeff Schwantz, MorningstarNext